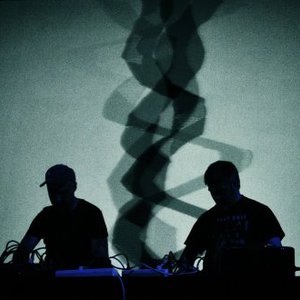 Pan Sonic (known as Panasonic before legal issues took away the letter A) was two guys (Mika Vainio and Ilpo V&auml;is&auml;nen) project from Finland, who started out with long-term, low-frequency, high-decibel experiments and organizing rave parties in the country where "hardly anything happens ever". The minimalistic music of Pan Sonic is composed "from a forbidding array of pure tones, sinewaves, pulses, electronic squelches and ultrasonic waveforms," and a humorous attitude, "skilfully arranged into an accessible rhythmic package" mainly taken from the bowels of custom-built sinewave generators.

Given songs titled "Kurnutus" or "Rutina" (that is "Croaking" and "Crackle"), the environmental buzz, crackles and hums emanating from the speakers are hardly a surprise. Despite suggesting a harmless set of natural (sounding) frequencies, Pan Sonic have built up a reputation for fearsome live volume levels and atonal indulgence.