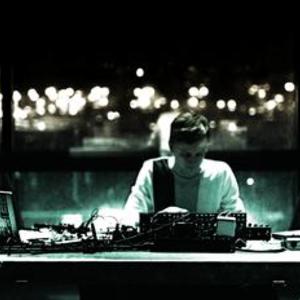 Sasu Ripatti, in the shadow of his pseudonyms, is a drummer and electronic musician from Finland. Known for uniquely distorted takes on a variety of electronic music, his signature sound is often infused with elements of dub, pop and ambient experimental sounds. It combines arrhythmic structures with aleatory elements and sensual, layered textures. Born in remote Oulu, Northern Finland in 1976, Ripatti grew up steeped in the classical music and jazz that his literary parents loved.

Born in remote Oulu, Northern Finland in 1976, Ripatti grew up steeped in the classical music and jazz that his literary parents loved. His early training as a percussionist is now transmuted - endlessly reinterpreted and twisted into new forms while retaining a fundamental rhythm orientation. By the mid-90s, Ripatti had begun incorporating electronic elements into his various band performances as he gradually taught himself to use samplers and drum machines through experimentation. Eventually, he found more satisfying results could be achieved going solo with his equipment than staying with any band, so he sold his elaborate acoustic kit and went underground to work on music in seclusion.

Ripatti's earliest releases were via his Vladislav Delay project. He began playing live in Helsinki in the late 90s, with one of the performance recordings becoming the first Vladislav Delay release, ?A Kind of Blue?. It was named in tribute to the classic jazz Ripatti grew up with, revealing his formative infuences and respect for the genre that remains his deepest love. The musical approach he used found a sympathetic home on Berlin label Chain Reaction, and from 2000 Ripatti went on to produce some of their most classic records.

His forte is the rhythm, even if so subtle at times. In fact, he may as well still be classifed as a ?percussionist? rather than an electronic musician despite the fact that that is how he mostly generates his sound and music, because it is the beat and its possibilities which lie closest to his heart, which further serves to explain why he has experimented with it from so many different musical angles.

Ripatti uses Vladislav Delay to excavate new territory slowly and deeply, constantly striving to uncover fresh terrain on which to collapse and rebuild his delicate structures. Through Delay, Ripatti continually challenges himself to maintain his own personal sonic integrity ? wary of much programmed ?electronic' music, he forges his own path.

Ripatti has worked with a wide range of artists including Craig Armstrong, Scissor Sisters, AGF, Black Dice, Massive Attack, Towa Tei and Ryuichi Sakamoto. He has released music on small independents, major labels and his own imprint since 1997. After 7 years of living and working in Berlin, Germany, he recently relocated to an island of Hailuoto in northern Finland.