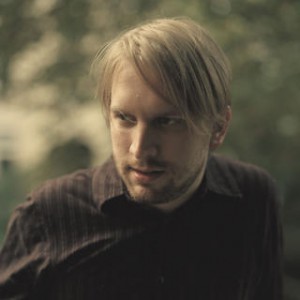 After selling his guitar and abandoning ?lead singer? ambitions in 1993, Stewart Walker started to assemble a synthesizer-based hardware studio. He'd work his supermarket job during the day and come home to a dim room with blinking lights. Starting with a synth and a drum machine, he'd work the filter knobs or pitchbender while dreaming of standing on stage in front of a screaming audience. From such humble beginnings, Stewart stepped up his knowledge of synthesis, drum programming and mixing.

From such humble beginnings, Stewart stepped up his knowledge of synthesis, drum programming and mixing. After a period of listening to and recording only freeform ambient jams, he picked up Jeff Mills ?Live at the Liquid Room? and fell in love with rhythm again. This early techno enthusiasm expressed itself in a line of recordings which were released first by Matrix Records in Detroit, and later by Deepfried (Grand Rapids, MI) and Tektite (Austin, TX). His first European release ?Artificial Music for Artificial People? came out on Cristian Vogel's Mosquito imprint from Brighton, England.

At this time when he was releasing his first records, Stewart was frequenting local clubs to study how this music could be performed. This because he had already decided not to DJ. So he brought his music on stage with the intention of doing what Djs cannot. That is change the music inside the records they are playing. He took to the stage with an MPC-2000 and a DJ mixer, determined to rock a crowd using only his music, shaped by his own hands. This lead to a worldwide touring regimen hitting clubs in Asia and Europe as well as in his native USA.

1999 included Stewart's debut ?Nothing Produces Stark Imagery? on Tresor Records, and the now-classic album ?Stabiles? on Mille Plateaux which cemented Stewart a seminal role in the development of minimal techno. Further releases appeared on labels such as Minus and Force Inc. In 2001 Stewart created his own label Persona Records with the intention to bring humanity back to electronic. After Kraftwerk, and Plastikman, he felt it was time to dispose of dehumanized avatars, and hopefully communicate human emotion through analog and digital waveforms, and occasionally the plucked guitar string.

Persona released 11 records in the USA culminating in the second landmark album of Stewart's career entitled ?Live Extracts? which aimed to capture his more techno side heretofor only seen in his live performances. In 2003, ?Live Extracts? was licensed by Tresor, which Stewart took as a sign that he should move his life to Germany in order to truly participate in the vibrant European techno community.

Persona restarted in Berlin in 2005, this time based in Berlin. Stewart was touring heavily; performing regularly in every European capital, plus new excursions to Australia and Russia. At this time, he released the downtempo album ?Grounded in Existence? and the breakbeaty techno EP called ?Travel Plaza.? These releases showcased an increased maturity through greater attention to nuance, dynamics, and melody. Life in Berlin strongly renewed Stewart's appreciation of club culture, and new environments to enjoy dance music. Opposite of the hard and fast techno which inspired him in the early days, he explored the bubbling micro-rhythms and looser construction utilized by contemporaries while still bringing his own melodic interpretations and unmistakably American grooves. His live technology switched from the hardware setup of his early career to a computer with greater flexibility.

?Concentricity? was written during most of 2006 as Stewart reconciled his multiple perceptions of ?the Berlin sound? from past and present, and presenting the music as a mix, since even the structural and song-shaped music he produces requires a context from which to emerge.