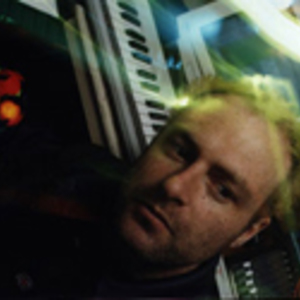 FREq is Aran F Gallagher, Born New Zealand, based in Melbourne Australia. Both an Electronic Engineer and trained Keyboard player, Aran has combined Music production with self designed Analog FX and control gear from Frostwave. With this combination FREq has defined a unique and huge progressive sound engineered for maximum audio enjoyment. The early formations of FREq began in Christchurch, New Zealand in 1990.

The early formations of FREq began in Christchurch, New Zealand in 1990. Armed with a trusty AMIGA500, Octamed tracker, and a Roland JV880, FREq began to explore the depths of electronic dance music - shaping sonic structures influenced by early underground house and trance parties. Since this formation, FREq has become one of the top international progressive/trance artists in the scene. This has been due to the success of record releases and touring performances, such as; Fusion and VOOV Festival (Germany), Universo Parallelo (Brazil), Rainbow Serpent Festival, Outback Eclipse (Australia), Soulclipse(Turkey), Stargate(Tokyo Japan), Sonica(Italy) - as well as performances in Israel, Switzerland, Mexico, UK, USA, Brazil and many other countries across the globe. The first successful FREq Album, ALLOYS, was released on Positive Ion Records, New Zealand and was backed with a 12? EP on Euromedia Germany in 1997. The second FREq album STRANGE ATTRACTOR was released on Iboga records in 2004! The album receiving rave reviews from all sides of the scene from the progressive to the more trance keen... and it has already sold out of multiple pressings! The second album, ?GOSUB 20? was released May 2006. The new sonic creation represents a rich journey into deep, slick, and phat progressive music. Active projects for FREq include collaborations and remixes with other international artists, including SUB6, Antix, Phoney orphants, Liquid Soul, Sun Control Species and Nyquist - as well as a host of releases on Flow records, Plusquam, Iboga, ZMA, Interzone, Groovezone, Zenon, Dance n Dust, Tatsu, Candyflip, Domo, Earthcore, Millinium and many other labels.

Freq is also a pseudonym of Detroit techno producer Sean Deason. Sean's other aliases include Psykofuk, Code 3 and S.I.N. Freq's only album is called Heaven and was released on Distance Records in 1997.

Freq has just released a new remixed album, titled "Remix", which includes remixes by Tristan, Liquid Soul, Protoculture and Atmos, to name but a few.