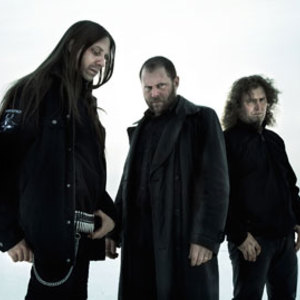 KING OF ASGARD took form in 2008 by founder Karl Beckman after dissolving his latest musical projects. Teaming up with long time absent fellow worker, Karsten Larsson, once accomplice in the defunct vikinghorde Mithotyn. As a result, after years apart, the decision was made to go back to their roots both musically as well as heading for their Norse heritage in lyrical approach. Said and done. With creativity flowing, numerous songs were written and on the 8th of January 2009 KING OF ASGARD entered Lotang Studio for the recording of the debut demo, the seven tracker, 'Prince Of M?rings'.

In late '09 J. Albrektsson joined the ranks on bass to strengthen the line-up further. The three-piece now took serious form, rehearsing and composing new material as well as revisiting the old. In the meantime the 'Prince Of M?rings' release got well received all around and did in fact bring in a deal with long time runner; Metal Blade Records. KING OF ASGARD settled up and agreed on signing the deal just as 2009 turned 2010. A great beginning of a new year and a perfect breeding ground for the KOA-foundation! Determined to bring this success victorious, KING OF ASGARD immediately checked studios out and ended up booking Sonic Train Studio with Andy La Rocque at the helm. Recordings of the debut album of KING OF ASGARD took place in March of 2010. The scheme is to leave the studio with twelve dirty folk-stinking songs mould in extreme metal, reminding of times of old. And from there, with full force, the future tremble?
KING OF ASGARD feature members of among other former/active acts such as Mithotyn, Falconer, Thy Primordial, Indungeon and Dawn.