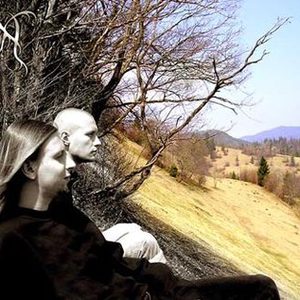 ...At the cold dawn of Spring 2003 a.y.p.s. in the PROTIVOSTOJANIE Forges the Flame of Our Folk Heroes Memory funeral bonfire flared up, set by the sparkles of Eisenslav and Viterzgir common spiritual impulse. And that pyre smoke exalted to the Welkin itself and, like many centuries ago, gathered the clouds, struck by Cudgels of Thunder and cast the Blazes down onto the enemies' heads; it fell flowing by the Rains, washed away its own Ashes and covered the Land with a Snow. That Snow melted under the Sunlight, and the last glimmering embers flared up with a new strength.

. Thus, the Kroda always arose high to the Sky bringing the message that Ancestral Glory is not forgotten, not turned out from the descendants memory, and the Wheel won't stop while Our Kin's Blood is flowing in the veins of forthcoming generations... While the Great Wolf wouldn't break his Chain to extinguish the Sun forever, proclaiming the End of an Aeon... But it will be the time for Thousands of Krodas to exalt to the Sky of the Heavens!..

Kroda is not just music! It is the Nature of Our Fatherland, imbued with rawness of mists and swamps, with whispers of rivers and falling leaves, permeated by storms of winter blizzards and by rumbles of thunders. It is the ashes of burnt churches, brought to the soil by torrent streams of rain waters. It is the echoes of Ancient Battles for Our Native Land and for Our Blood. It is the gnash of swords, clash of battle axes and hissing of arrows, crushing and sweeping away all the hostile being from Our Land. It is the resounds of terrible battle outcry of Aryan Warriors Allfadr and the raging roar of Aryan Archetype Wolfish Nature. It is our view of the entire Universe.

...By the Pathways of Fate, straight to the Firmament verge of Life, Kroda is reaching far again... By rains and thunders, Wind from the Carpathian Mountains brings from behind the Horizon the remembrances of the times of Mighty Knjaz; Memory that the Chain of Our Kin's Generations is in Our Blood. And Steel is singing in the flames of Pagan WAR Fire! By the way of Flaming Might and Wolfish Rage - to the Hall of Spears and Bronze Shields the path leads on... and the Smoke of the new Autumn breathes again - by the sounds of mouthharps (drymbas) it is drifting by the ground and touches the strings of trees... Does anyone know what the Aryan Honor Wrath foredoom?! Hammer of Spirit is already arisen over the enemies heads by the Blood Unity of Kroda and Plague!..