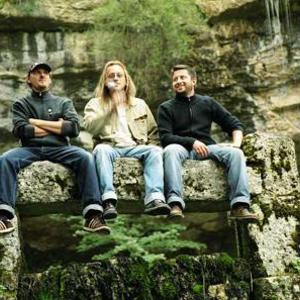 Hailing from Lille in the North of France, Glowsun's story starts in 1997 with the ?first edition' of the band featuring Johan Jaccob (not only Glowsun's guitarist & vocalist, but also a very talented poster designer). Musicians come and go until Fabrice Cornille (drums) and Ronan Chiron (bass) join in. In 2005 the first ep "Lost Love" is recorded and released. It became the start of international press features and numerous gigs.

In 2005 the first ep "Lost Love" is recorded and released. It became the start of international press features and numerous gigs.

In the beginning of 2008, the band spent a long time recording and mastering of what would become their first full album: "The Sundering". The album became record of the month in the French magazine ? Hard Rock Mag ? and Glowsun shared stages With Karma to Burn, Brant Bjork & the Bros , Yawning Man?

The album "Eternal Season" is a mile-stone in its genre and the "Up in Smoke Tour " proves that
Glowsun is th? band burning the stages, as they did previously on well-known and high-estimated festivals as BuzzFest, DesertFest, Yellowstock, Stoned From The Underground, .......

Beyond The Wall Of Time