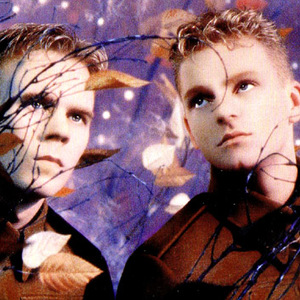 Erasure are a synthpop duo from the United Kingdom consisting of keyboardist Vince Clarke and singer Andy Bell. After founding Depeche Mode, Yazoo and The Assembly, Clarke formed Erasure with Bell when he found the singer after placing an ad in Melody Maker. Erasure entered the music scene in 1985 with their debut single Who Needs Love (Like That). Beginning in late 1986 with the release of their single Sometimes, Erasure established themselves on the British charts; albums such as The Circus, Wild!, Chorus, I Say I Say I Say, Loveboat and Nightbird demonstrated a further diversity of sound.

Erasure entered the music scene in 1985 with their debut single Who Needs Love (Like That). Beginning in late 1986 with the release of their single Sometimes, Erasure established themselves on the British charts; albums such as The Circus, Wild!, Chorus, I Say I Say I Say, Loveboat and Nightbird demonstrated a further diversity of sound.

The album that boosted their career tremendously was The Innocents, which was released in 1988. A Little Respect and Chains of Love both hit the Billboard Top 100. Most people will probably remember Erasure for A Little Respect, which became one of their signature songs.

Clarke formerly was a member of Depeche Mode and later had a successful career with the duo Yazoo (known as Yaz in the US). Later he split with Yazoo partner Alison Moyet and briefly formed The Assembly with producer Eric Radcliffe. After a successful Assembly single ("Never Never"), Clarke released an unsuccessful one-off single with vocalist Paul Quinn ("One Day"). He then placed a blind advertisement in Melody Maker looking for a vocalist for a new musical project. He selected Andy Bell, who was the forty-first to audition (and whose voice would often be compared to Moyet's). From the start, their success was founded upon their songwriting skills. Clarke's talent for writing melodic, catchy pop songs was evident from his years with Depeche Mode and Yazoo. Bell's gifts as a lyricist and melodist added depth and character to Clarke's style (additionally, Bell was openly gay from the beginning, and he reflected this in his lyrics at a time when society as a whole was more ignorant around queer issues than it is today - making Erasure's success all the more phenomenal). As pop craftsmen, the pair's work bears comparison with that of Depeche Mode, Pet Shop Boys, Eurythmics, OMD, Alphaville, a-ha, Roxette and other pop songwriters.

Though their productivity and record sales declined beginning in the second half of the 1990s, Erasure scored at least one Top 30 hit with the release of every new album. Few electronic bands have demonstrated the durability of Erasure.

In 2005 Erasure made a comeback with their number one position on the US Dance Chart, eighteen years after their first chart-topper. This success was mirrored in the UK with the debut single from Nightbird ("Breathe") reaching number four in the charts. Erasure also enabled fans to configure and buy their own remixes of the single 'Don't Say You Love Me' through the band website. Each variant of the song was limited to a single download.

2006 saw the release of the album Union Street, which features a collection of previously released Erasure songs that the band have reinterpreted with an acoustic / country & western style. The album is named after the recording studio in Brooklyn where it was recorded.

Day-Glo (Based On A True Story)