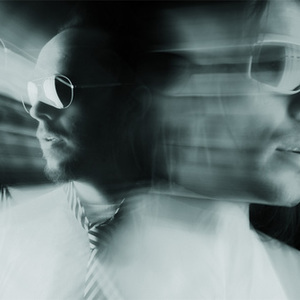 Electronic music practising a punk ethic, MOTOR is unlike anything else: abrasive, strangely melodic, pulsing like a machine. A sound, which by no mistake, has put them in a class of their own."
Official website http://www.wearemotor.com

2) Motor (Russia): Vadim Ougrioumov is from Moscow and has been releasing music as Motor since 1998. Although he has released 12"s and CDs, his more recent releases have been through his net label, Top 40. His style might best be described as minimal techno, with elements of house. But his recent works, released via Top 40 (under Motor and other aliases) are more experimental, ambient, and abstract.

3). Motor (USA): Larry Kayne, Dirk Gilbert, Michael Sean White, James Graff and Lou Manero released a pair of CDs in the USA called Screaming Bloody Motor (EP 1992) and Vicious Cycle (1995 Reptile Records). They toured the Southern US and won acclaim as a standout live act. When their press agent decided to generate buzz on the band he shipped several copies of their EP to German, UK and Nordic radio. The bluesy cut Reptiles off the Screaming Bloody Motor EP actually received solid European radio airplay. Unfortunately they were never picked up by a major label and disbanded a few years later.