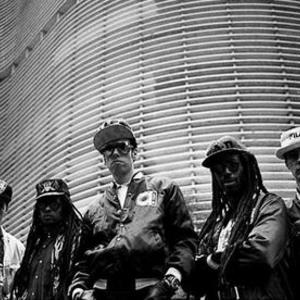 The group's initial incarnation, founded by Jones and film director Don Letts once played in Basement 5 (maker of The Punk Rock Movie, various Clash music videos, and later the Clash documentary Westway to the World), debuted with the 1985 release This Is Big Audio Dynamite. 1986's No. 10, Upping St. reunited Jones for one album with former Clash-mate Joe Strummer who co-produced the album and co-wrote a number of songs, but that reacquaintance soon ended. BAD supported U2 on their 1987 world tour, then followed with 1988's Tighten Up Vol. '88 and 1989 Megatop Phoenix. BAD supported U2 on the leg of their 1992 Zoo TV Tour that included Australia, New Zealand and Japan.

The Lost Treasure Of Big Audio Dynamite I & II CD2

The Lost Treasure Of Big Audio Dynamite I & II CD1

This Is Big Audio Dynamite