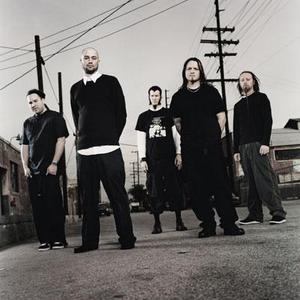 Cold are from Jacksonville, Florida, USA. With the release of their self-titled debut, "Cold," in 1998, the band quickly became known for its angsty lyrics and the singer's distinctive voice. "Cold" has obvious touches of grunge, but on the following album, "13 Ways to Bleed on Stage," Cold changed towards a more ambivalent, and in some ways, alternative hard rock with slightly calmer, angst inspired songs.

Since their early work, Cold has moved closer to plain rock, heavily inspired by lead singer Scooter Ward's dark lyrics and sorrowful sound. Cold released a third album titled "Year of the Spider" that moved them closer to mainstream rock as well as mainstream success. Cold collaborated with game developer and publisher Midway to produce an exclusive song titled "With My Mind" for the 2004 video game Psi - Ops: The Mindgate Conspiracy. Their fourth release "A Different Kind Of Pain" moves more-so in the direction of dark, emotional lyrics. This album was released on August 30th, 2005.

Cold is rumored to have always been able to illicit very close and emotional feelings amongst its fans, which has resulted in a very tight fan base nicknamed the "Cold Army," an obvious Kiss reference in and of itself. Lead singer Scooter Ward is in close contact with certain Cold fans via the band's official homepage and forum, which is run and moderated by a former fan.

In late February 2006, Scooter Ward posted on the band's forum that Cold has "called it a day," but that he and drummer Sam McCandless will start a new project, "The Witch". The project just recently announced a new name, "When November Falls," and has also announced a tentative title for their first release as "The Series of Emotion." It is expected out in March, with the first single hopefully hitting the radio airwaves around January...

In late April 2006, Scooter Ward announced, via MySpace, that Cold was no longer going to disband, but instead simply take a break. It was presumed that Scooter Ward and Sam McCandless were going to continue work on "When November Falls" during this break. In November 2006, it was again announced that Cold was now officially over after a good 20 year run and that "When November Falls" was now Ward's main focus.

In July of 2008 it was announced that Cold would reunite in 2009 for a reunion tour and a new album. The Killer And The Star would also be part of the tour.

Six years after their announced split, Cold reunited and released "Superfiction," their fifth album. "Superfiction" debuted at No. 37 on the Billboard 200, riding the success of the single "Wicked World." The album took the band in a somewhat different direction with their sound and lyrics, alienating some of their fanbase. Introspective, sorrow-laden lyrics were replaced with a form alterna-rock storytelling mimicking fairy tales.

The Things We Can't Stop

A Different Kind Of Pain

Year of the spider