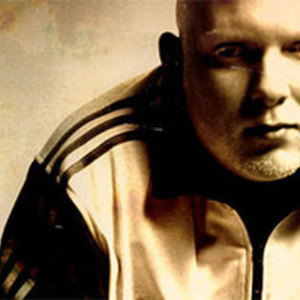 Originally born into hip-hop through break dancing, Brother Ali has been one with the mic since he first heard Miilkbone on record. A student of Hip-Hop's golden age, Ali's music ranges from purpose to passionate, yet always soulful and true to the boastful heritage of hip hop culture. An emcee, producer, host and overall party-starter, Brother Ali's talents are a well-defined addition to the Rhymesayers family.

In spring of 2000, Ali dropped a sixty-minute story telling and thought sharing album titled, Rites of Passage on Rhymesayers Entertainment. The self-produced cassette-only anthology introduced Brother Ali's beat making muscles and extensive writing skills. He played the congas, beat-boxed and still found time to lay out his views on the music industry, religion and urban life in America.

On stage with only a DJ, Ali's magical gift for capturing the imagination of his audience has been compared to that of a gospel preacher. His voice, large stature and albino features make him a unique and commanding presence. Brother Ali has perfected the live performance, having played countless shows with: Guru, Mos Def, De La Soul, El-P, Aceyalone, Souls of Mischief and Living Legends just to name a few. From September through November 2002, Ali earned his final road-dog tags showcasing his individual skills performing 63 shows in 71 days with Atmosphere and Murs covering North America.

Brother Ali has maintained credibility over time with guest appearances on many such projects as: DJ Abilities', For Persons With DJ Abilities, Bk one's, For the Love of Music, The Phoenix with Musab on the Twin Cities Music Year Book 2001 CD, producing six songs on Musab's, Respect The Life album and battling in the 2000 and 2001 finals in the annual Scribble Jam MC Battles (Ali is featured on three of the Scribble Jam videos: Scribble Jam 2000, Scribble Jam 2001 and the Best of Scribble Jam).

Ali joined producer Ant (of Atmosphere fame) and went to work creating an intensely powerful album that promised to be one of the foremost efforts of 2003. Shadows on the Sun is an eighteen-song album produced by Ant, written by Brother Ali and featuring a guest appearance by Slug (also of Atmosphere). Shadows on the Sun is a testament of Ali's depth, range and growth as an artist.

Following the release of Champion in the spring of 2004, Ali ran into a number of roadblocks that halted his usually steady recording process. This included him parting ways with his wife, being homeless, and trying to secure custody of his son. Armed with a wave of stories to share, Ali recorded The Undisputed Truth, once again with Ant in his corner. The album is now out.

All The Beauty In This Whole Life

Mourning In America And Dreaming In Color

The Truth Is Here