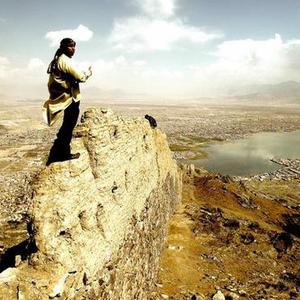 Felipe Andres Coronel (born February 19, 1978), better known by the stage name Immortal Technique, is a Peruvian rapper, and an urban activist. He was born in Lima, Peru and raised in Harlem, New York. Most of his lyrics focus on controversial issues in global politics. The views expressed in his lyrics are largely a mixture of socialist commentary on issues such as class hierarchy, poverty, religion, government and institutional racism.

Immortal Technique has voiced a desire to keep control over his production, and has stated in his music that record companies, not artists themselves, profit the most from mass production and marketing of music. He claimed in an interview to have sold close to 200,000 units of his three official releases.


Biography
Early life
Coronel is African-Peruvian and was born in 1978 in a military hospital in Lima. His family emigrated in 1980 to Harlem to escape the ongoing internal conflict in Peru. During his teenage years he was arrested multiple times due in part to what he has said was "selfish and childish" behavior. He attended Hunter College High School on the Upper East Side of Manhattan. Shortly after enrolling in Pennsylvania State University, he was arrested and charged with assault-related offenses due to his involvement in an altercation between fellow students, the charges stemming from this incident led to him being incarcerated for a year. After being paroled, he took political science classes at Baruch College in New York City for two semesters at the behest of his father, who allowed Coronel to live with him on the condition that he go to school. Honing his rapping skills in jail, and unable to find decent wage-paying employment after his release, Coronel began working on the restaurants of New York while bad mouthing MCs whenever the opportunity arose. This, coupled with his victories in numerous freestyle rap competitions of the New York underground hip hop scene such as Rocksteady Anniversary, Braggin Rites and others, led to his reputation as a ferocious Battle MC.

The 3rd World and The Middle Passage

Between 2005 and 2007 Immortal Technique began working on The Middle Passage and The 3rd World, the two albums that would serve a follow up to Revolutionary Vol. 2 and complete the series. He was also featured on several movie soundtracks and video game soundtracks, all the while touring relentlessly and becoming heavily involved in visiting prisons to speak to youth and working with immigrant rights activists and raising tens of thousands of dollars for children's hospitals overseas. He invested his money not in items that are usually associated with fame but rather in large pieces of farmland in Latin America. He created a writing grant program for high school students as well.