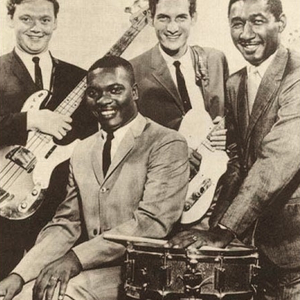 Formed in 1962 in Memphis, Tennessee, Booker T and the MG's ("MG" officially stood for "Memphis Group", and is usually punctuated correctly on LP covers as "M.G") became one of the most important soul outfits in the history of music. They were indispensable as the house band for Stax Records, backing many rising artists (Otis Redding, Sam & Dave, Albert King, and many others), but it was the MGs themselves that put Stax on the map with such singles as "Green Onions", which reached number three on the Pop Charts, and "Hip Hug-Her", which reached number six on the Pop Charts.

The group consisted of four core members: Booker T. Jones on keyboards and organ (as well as many other instruments), Steve Cropper on guitar, Al Jackson Jr. on drums, and Donald "Duck" Dunn on bass. Cropper and Dunn were originally in the first house band for Stax, The Mar-Keys, and later were part of The Blues Brothers, both in the band and in the movie. Various others added horns and other instruments, and a young Isaac Hayes covered the keys on at least one session.

Not only were they blazing new trails with their funky instrumental soul music, but also with their integration of races, as two of them were white (Donald "Duck" Dunn and Steve Cropper) and two of them were black (Booker T. Jones and Al Jackson), which was very unusual for 1962.

In 2007 the documentary Respect Yourself: The Stax Records Story was released, with interviews and footage in which Booker T. Jones, Steve Cropper, Wayne Jackson and Donald Duck Dunn are interviewed about the history and successes of Stax, among many others Stax' people.

Stax Instrumentals (With The Mar-Keys)