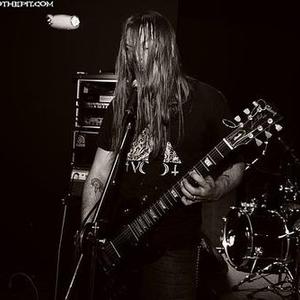 Black Pyramid hails from Western Massachusetts. The band is currently comprised of Darryl Shepard (formerly of Milligram, Blackwolfgoat, Hackman, Roadsaw) on vocals and guitar, Clay Neely (formerly of Artimus Pyledriver) on drums and David Gein (of gein and the graverobbers) on the bass guitar. The band plays a solid mixture of classic metal, stoner doom, and psychedelic rock, with clear influences drawn from Black Sabbath, Sleep, High on Fire and Electric Wizard.

The band recently signed to MeteorCity for their full length debut, which was released in 2009 to much critical praise. Currently, they also have a self released three-song demo from 2007, which is out of print, and a two song 7" on Belgium's Electric Earth Records from 2008.

Rise Thru The Open Door