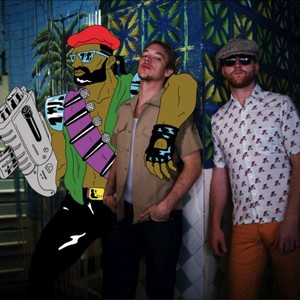 Since its inception in 2009, the one-armed cartoon Jamaican renegade know as Major Lazer (fronted by Grammy-nominated DJ and producer Diplo) has become a cultural zeitgeist- from being sampled by Beyonc&eacute; for her single "Run The World (Girls)", selling out shows and playing festivals across the world or leading the way in the current dancehall revival movement and producing the upcoming Snoop Dogg album, Major Lazer's world takeover since the release of GUNS DON'T KILL PEOPLE...

AZERS DO is undeniable. The highly anticipated second full length installment of the Major Lazer saga, FREE THE UNIVERSE, is set to be released November 6th 2012 on Mad Decent / Downtown.

Music Is The Weapon (Reloaded)

Music Is The Weapon

Lay Your Head On Me (CDS)

Can't Take It From Me (CDS)