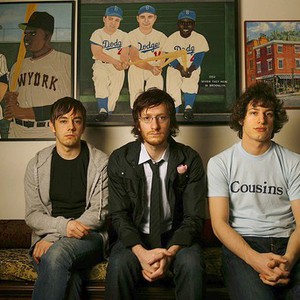 In August 2007, "Hot Rod" was released, which was co-written by the Dudes (with Pam Brady) and directed by Akiva.
It co-starred Andy, Jorma and fellow SNL-ers Bill Hader and Chris Parnell, among others.

On February 10, 2009 the Lonely Island's debut record "Incredibad" was released. It includes most of the SNL Digital Shorts as well as new songs featuring E-40, Julian Casablancas, Beck, Jack Black, and Norah Jones.

On their YouTube channel, The Lonely Island announced an upcoming album on October 28, 2010, which would be released in the spring of 2011. On December 18, 2010, the SNL Digital Short was the official music video of "I Just Had Sex" (featuring Akon), the first single off the album.

On January 29, 2011, the group debuted "The Creep" featuring Nicki Minaj and a cameo by filmmaker John Waters, on SNL and YouTube. On March 15, 2011, Direct Current Music reported that the album would be named Turtleneck & Chain and would be released on May 10, 2011. On April 1, 2011, The Lonely Island appeared as guests on Late Night with Jimmy Fallon, where they premiered the lead track, "We're Back!", as well as the new album cover. On April 19, 2011, the group released "Motherlover" featuring Justin Timberlake as the fourth single from the album. This song was last featured on season 34 of SNL.

The group held a fundraiser to promote their new album on April 16, 2011. This event was at Amoeba Music in Berkeley, California. There were only 250 tickets available, and the only way to obtain a ticket was to preorder their album. They hosted a Q&Asession and an autograph session. Shortly after, "Motherlover" was released on iTunes. On May 7, they released a new track, "Jack Sparrow", featuring Michael Bolton. Turtleneck & Chain was both Emmy and Grammy nominated (for Best Comedy Album).