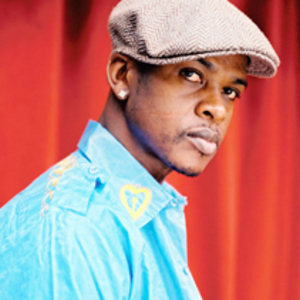 He catapulted to the top of the Jamaican charts in 1997 with the dancehall boomshots "Heads High" and "Nike Air", his distinctive vocals fusing melodious singing with precision deejaying (rapping). Since then he has built an international fan base with hit singles like "Pull Up", "Tamale" and "Hot Gal Today" but it is on his latest CD "Constant Spring" that Mr. Vegas' spectacular sing-jay approach and cleverly crafted lyrics dazzle with the intensity of an evening in, well, Las Vegas.

Born Clifford Smith in Kingston, Jamaica, he was given the nickname Mr. Vegas by his cousin for the neon pink shorts he wore on the football field; in addition to his athletic skills Mr. Vegas also demonstrated musical talents early on. However an unfortunate dispute over the ownership of a DAT resulted in Vegas being hit in the jaw with an iron pipe; after the assault Vegas' mouth was wired shut so he was forced to create a unique method of vocalizing through his teeth. That style was first heard on "Nike Air", the song that initially positioned Vegas on the dancehall charts. Characterized by uplifting lyrics aimed (especially) at young women, he followed "Nike Air" with another affirming and very appealing tune "Heads High" which reached number one in Jamaica, hit the British Top Ten and found its way onto several urban stations across America.

Vegas' 1997 debut album "Heads High" (Greensleeves Records) further displayed his captivating vocal capabilities on songs like "Jacket", "Sweet Pineapple" and "Everywhere I Go"; it also earned him a British Mobo Award as Best Reggae artist, while establishing his fan base beyond the Jamaican dancehall.

However Vegas demonstrated even greater versatility on his 2001 sophomore release "Damn Right" (Greensleeves) which featured a stronger R&B and hip-hop flavor on the hits "Girls Time" and "She's A Ho", sensitive singing on the roots rocking "Rise" and a sensational duet with Sean Paul "Hot Gal Today".

With his move to the Los Angeles based independent label Delicious Vinyl Vegas released his third CD "Pull Up". The title track was recorded on Scatta Burrell's wildly popular Coolie Dance riddim, entered the Billboard charts and took Vegas' music into previously uncharted territory. Another single from "Pull Up" "Tamale" also did well, particularly in Europe.

"I walk these Kingston streets, everyday a bare a beat/I can't get no sleep all I hear is AKs when they speak/ I walk Spanish town all I hear is people get gunned down, when I look around all I see is bodies on the ground. My shadow's afraid to even walk beside me, my shadow's afraid to even walk this city gun dawg and his friend full the morgue in Kingston city/too many guns in town."

"Crime, violence, war, it affects everyone," Vegas says, "and there is nothing in that song that doesn't relate to what is going on everywhere, especially Kingston. We want this album to be versatile so a Latino person a hip hop person, urban kids or all nationalities will listen to it."

Reflecting the ongoing changes within the music industry, Vegas and his manager Leslie Cooney of the Los Angeles based company Addict Management will be taking a very different approach regarding the release of "Constant Spring": they will not be signing to just one label. "We have found that as an independent artist Vegas can better exploit his appeal in every territory without the expectations and limitations of being signed to one label," says Ms. Cooney. "Instead, we will directly supply his fans with music worldwide and will seek licenses with different labels in their respective territories. Whether by an actual record or digital distribution, if there is a demand for Vegas it can now be met without waiting for the record label machinery to spring into action. We are taking matters in our own hands and Vegas is planning his own future."

And for Mr. Vegas the future appears to be shining even brighter than the flashing neon lights that abound in the Nevada city that is his namesake. www.mr-vegas.com