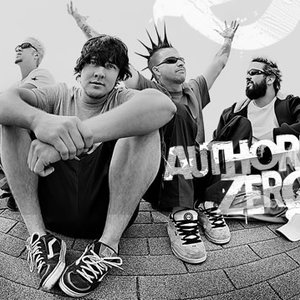 Authority Zero is a punk rock band from Mesa, Arizona. The band has punk rock and reggae influences, with Bad Religion, Pennywise, and Sublime as heavy influences for the band. There is also an obvious spanish/portuguese influence in the band's music. The band's latest album, entitled 12:34 was released on January 30, 2007. The track "Courage" has been released as a single. The band recently toured with Rehab on the "Lack of Luxury" 2007 tour. This album is the final one featuring Jeremy Wood on bass, leaving in November 2006 due to personal differences within the band.

The band's latest album, entitled 12:34 was released on January 30, 2007. The track "Courage" has been released as a single. The band recently toured with Rehab on the "Lack of Luxury" 2007 tour. This album is the final one featuring Jeremy Wood on bass, leaving in November 2006 due to personal differences within the band.

Authority Zero was started in 1994 when Bill Marcks met Jason DeVore at Westwood High School. Marcks didn't actually meet DeVore until the summer of 1995, until then Authority Zero consisted of two guitarists (Marcks & Jerry Douglas) and a drummer J.W. Gordon, all from Westwood. This trio put a few songs together without lyrics or basslines. When that summer rolled around, Douglas was expecting the yearly visit of his friend Jason DeVore, from Wyoming. Douglas introduced his long time friend and Marcks jokingly asked if he wanted to be their singer, soon later it was no joke.

Marcks was impressed with DeVore's ability to "write catchy songs in fifteen minutes with really sticky hooks". The two quickly enlisted Jeremy Wood on bass. His experience with lead guitar and musical theory separated his bass playing from others'. Not just a "follow along," his baselines were independent and yet fluid with the music. (Wood actually taught Marcks & Douglas how to play guitar). However, because of Gordon's commitment to the Air Force, his position as drummer soon had to be replaced. Fellow classmate, skateboarder, and drummer Daniel Garcia fit this empty stool like a missing puzzle piece. He brought a new charge and tempo that evolved Authority Zero's music into a faster, more complex, punk rock style. Eventually, however, differences and family obligations led to Garcia's exit from the group.

After releasing a local EP that sold very well, Authority Zero released their debut album A Passage In Time in 2002 on Lava Records. The album featured a blend of genres including punk rock and reggae, with obvious Spanish and Portuguese influences. A Passage In Time included the hits "One More Minute" and "Over Seasons".

The success of A Passage In Time propelled the band into new popularity. Authority Zero appeared on many tours, such as Warped Tour, the No Use for a Name/The Starting Line tour, and Sum 41's "Sum on Your Face". The band has also toured with the likes of Everclear, Guttermouth and H2O.

In 2004, Authority Zero released Andiam?, again on Lava Records. "Andiam?" means literally "We go" in Italian, but can also be read as "And I am Zero", the title of their live DVD released following Andiam?. The album again featured a blend of genres and Spanish/Portuguese influences. Andiam? is somewhat politically charged, evident in the songs "Revolution", "A Thousand Years of War", and the cover of the song "Mexican Radio", originally written by Wall of Voodoo (the version that appears on Andiam? has lyric changes in order to make a statement against the 2003 invasion of Iraq). In the summer of 2006, Authority Zero released a live acoustic compilation album titled Rhythm and Booze on Suburban Noize Records.

The band's next album, entitled 12:34 was released on January 30, 2007. The track "Courage" was released as a single. The band recently toured with Rehab on the "Lack of Luxury" 2007 tour. This album is the final one featuring Jeremy Wood on bass, who left Authority Zero in November 2006 due to personal differences within the band.

On December 30th, 2008 Bill Marcks posted a blog on his MySpace stating he left the band to spend more time with his family and to focus 100 percent on his new band, Sanziggo.

Jason DeVore has also been working on a side project called The Bollox, an Irish punk band he started with longtime friends.

It has also been confirmed that Authority Zero is working on a new studio album to be released February of 2010.

Jeremy Wood has rejoined Authority Zero as the bass player.

Broadcasting To The Nations