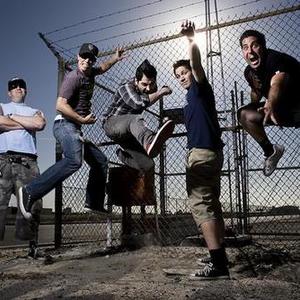 Zebrahead spent summer 2006 on the Warped Tour while their new album Broadcast to the World was released in Europe on July 3 through the German based record company SPV. The album which had come out in February of the same year in Japan, went gold in just over a month's time.

Due to Zebrahead's growing popularity in Japan, Matty Lewis and Zebrahead bandmate Ali Tabatabaee were asked by SEGA to record vocals for a new theme song, entitled "His World", which appears in the game Sonic The Hedgehog for Xbox 360 and PlayStation 3. The entire band later recorded an alternate version of the song for the vocal soundtrack.

The rest of 2006 was spent touring Europe and the US as part of the Broadcast To The World Tour.

In March 2007, the band took two months off to begin writing new material for their, currently as of yet, untitled new studio album. The band later returned to Europe in May on a co-healine tour with MxPx and a headline UK tour. From June - July of the same year, Zebrahead toured America, supporting Unwritten Law with the band Bullets and Octane. On completion of the tour, Zebrahead spent more time writing material for their new album which had a planned release date of February, 2008.

Recently, after several of the active users at MFZB.com made it apparent they were in need of update from the band during this 'quiet' period, Zebrahead responded by posting a video update to YouTube which was promised as "the first of many". The video talks about the writing/recording process and has an update on Zebrahead's official fanclub.

October 2007 saw the return of Zebrahead to the UK as part of the annual Get Happy Tour where they shared the stage with Army of Freshmen, The Bloodhound Gang and Bowling For Soup. Zebrahead will be returning to Download 2008 (UK) after their first appearance in 2006. For the rest of 2007 the band continued to write songs for the new album. Demos were recorded and received input from Jason Freese of Green Day fame.

In March 2008 Zebrahead entered the studio and recorded 18 songs for their new album. The first two songs, including "Art Of Breaking Up" were recorded with Howard Benson, while the remaining 16 were recorded with Cameron Webb. Zebrahead released clips giving an insight into the making of the album the same month.

June saw Zebrahead return to the UK and Europe to headline a tour and play certain festival dates including Download, Leeds Slam Dunk Festival and Greenfield Festival. Several new songs from the upcoming album are likely to make their debut appearance in live form.

In August 2010, Zebrahead has confirmed through video updates on their website that they have begun writing a new studio album. In the video, Ali Tabatabaee said that the band intends on entering the studio to record before the end of the year, and it has been mentioned through Twitter that the projected release date is early 2011.

Not The New Album (EP)