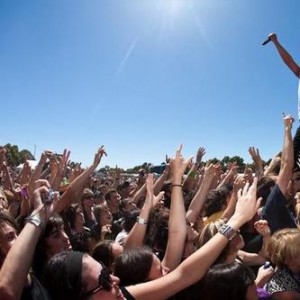 1) Goldfinger is a ska punk band formed in 1993 and named after the James Bond film. They were founded in California by John Feldmann on vocals and guitar, Simon Williams on bass, "Dangerous" Darrin Pfeiffer on drums, and Charlie Paulson on guitar. Before they were signed to a major label, they released an EP titled Richter. Many of the songs on Richter are demo versions of songs on their full length debut, Goldfinger, which was released in 1996.

Before they were signed to a major label, they released an EP titled Richter. Many of the songs on Richter are demo versions of songs on their full length debut, Goldfinger, which was released in 1996. Their biggest single was "Here In Your Bedroom", though they also gained recognition from their song Superman, which was featured in the Tony Hawk's Pro Skater (1) video game. (Their song "Spokesman" was also included in the Tony Hawk's Pro Skater 4 video game) Though their second album, Hang-Ups, was less successful, the band still maintained a devoted fanbase in the hardcore community. Their third studio LP was Stomping Ground, which sold poorly in the US but was a modest hit in some European countries, thanks to their cover of Nena's "99 Red Balloons" sung partly in German. 99 Red Balloons was also featured in Gran Turismo 3 A-Spec, as well as the movie Eurotrip. Their next album, Open Your Eyes (2002), was the first for their new record label, Jive/Zomba.

Frontman John Feldmann has produced records for Mest, The Used (whose vocalist Bert McCracken sang some guest vocals on 'Open Your Eyes' and 'Ocean Size') and Story of the Year. He also produced Good Charlotte's single "The Anthem" (whose guitarist Benji Madden provides guest vocals on 'January'), which was originally named "Oracle of Elcaro". He also signed the band Unloco with Maverick Records. In early 2005, they released their first album for their new label, titled "Disconnection Notice". It featured the single "Wasted".

2) Goldfinger (aka Twisted) is a dubstep producer who has tracks out on Rottun Records, Balloon Records, trackdonalds, Red Silver Recordings, and Superstition records. Dark and heavy dubstep.

The Best Of Goldfinger