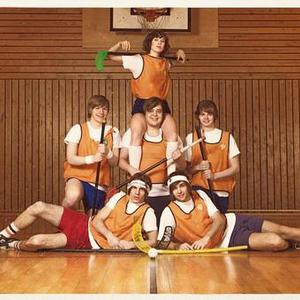 Team Me is an indie band from Elverum, Norway. They play warm and rich orchestrated pop music in the same vein as Sufjan Stevens, Efterklang, Patrick Wolf or J&oacute;nsi. This used to be Marius D. Hagen's one-man band - a recording project where he could play the songs that didn't fit in his other bands. But Team Me has grown into a six-strong orchestra and the fragile acoustic songs Hagen used to play have been transformed into a much larger and richer sound.

Hagen is also a member of alternative rock band Jaqueline and half of semi-electronic pop duo Sin along with Tord ?verland Knudsen of english band The Wombats.

The band gained some popularity in later 2010 with the flash game Get Home, in which the main theme is Team Me's Weathervanes and Chemicals.

Something In The Making

F Is For Faker (CDS)