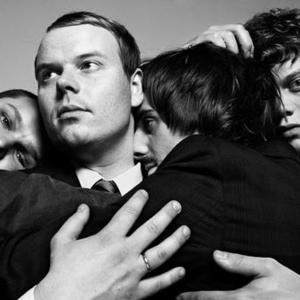 Lukestar are back with two new songs in January 2011: ?First, the new single, the melodious Flying Canoes, which is accompanied by a musicvideo filmed and produced by photographer J?rgen Gomn?s and J?rgen Johansen.? Second, Lukestar is giving away the titletrack from their upcoming album for free through their website, www.lukestar.com. The band's new album, Taiga, was released February 25th 2011 in Norway, Malaysia and Japan.

Taiga is packed with melody, rhythm and a sound that is reserved for bands that have spent a lot of time on the road together. The album's sonic qualities are as always secured by star-producer Carl Vikman, and Truls Heggero proves once and for all that he is a singer with a personality and uniqueness that is rare not only in Norway, but on our entire fragile planet. The band, which in 2008 was on a galactic trip packed with stardust and cosmic angelsong, has in 2011 turned their nose homeward with a sound that resonate in more earthly surroundings. The melodies of the album "Taiga" has mysteriously appeared in the intersection between human and natures own consciousness, and then the songs have found their way into the light, guided safely by Truls Heggeros distinctive and angelic vocals.??

Lukestar's last album, Lake Toba (2008), won the Norwegian Grammy for best Rock Record, was released in an impressive collection of territories including Norway, Sweden, Denmark, UK, Germany, France, Malaysia, Japan and the U.S. Lukestar have played more than 200 concerts in 10 countries, including CMJ in New York and festivals like ?-ya and Hove. Norwegian national radio NRK P3 listed all the three singles from the album, which gave Lukestar almost one year continuous radio play. Lake Toba was also well received in major international sites and publications, including Pitchfork, Popmatters, NME and Rock Sound.

"Instantly likable pop songs that make you hum along with every word, but beneath the surface they are intricate and complex. They deserve every ounce of success they ultimately will get"
- Black Velvet UK

White Shade is a great song from a great Norwegian band. And no, that isn't Danielson you hear singing on this track. Lukestar's pop sound is an otherworldly one; seemingly taking as much inspiration from Mediaeval mythical creatures as they do from power-math-rock. Riffs and fairies never sounded so good together as they do here.
- InSound.com, recommended track of the week Nov 9th 2007.

"(Truls) does a fine job singing like an ethereal water nymph beckoning to you seductively from a moist water-lily."
-NME

"Lake Toba is one of the year's great discoveries."
8/10 Popmatters.com

"The first single "White Shade" is stunning and their second, "The Shade You Hide", is crazy good"
-tvhits!

"A very listenable indie album. A winning formula: a load of three-minute songs with a pleasing mix of aggressive drums, melodious guitars and feminine-sounding vocals. You can?t go wrong."
The Indiependent