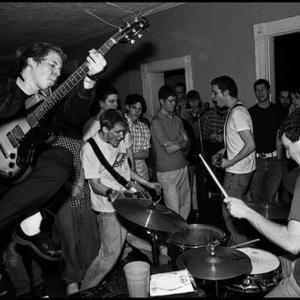 Braid is an American band from Urbana, Illinois that formed in 1993. After forming, the band went through several line-up changes but eventually settled on Bob Nanna on vocals and guitar, Todd Bell on bass, Chris Broach on guitar and vocals and Roy Ewing on drums. Roy was replaced in 1997 by Damon Atkinson. In 1999 Braid disbanded and went on to form Hey Mercedes with all band members minus Chris Broach (who went on to form The Firebird Band) and adding Mark Dawursk. The band reformed for a US tour in 2004 and, now that Hey Mercedes are defunct, apparently intend to tour sporadically.

It is not yet known if Braid will be recording any more material. Roy went on to join New Ruins. Braid did a reunion tour in 2004 in the U.S.A., Canada, & Japan. In January 2011, Braid announced they would reform to record a 12" on Polyvinyl.

Lucky To Be Alive