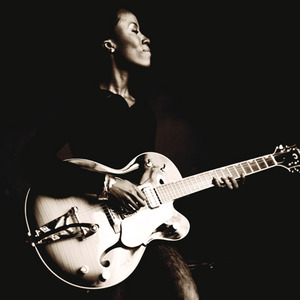 Rokia Traor? (born January 24, 1974-) is an award-winning Malian singer, songwriter and guitarist. Traor? was born in Mali as a member of the Bamana ethnic group. As her father was a diplomat, she travelled widely in her youth including to Algeria, Saudi Arabia, France and Belgium. As a result of this travel, she was exposed to a wide variety of influences. Her hometown is Kolokani, in the northwestern part of Mali's Koulikoro region.

While the Bamana have a tradition of griot performing at weddings, members of the nobility such as Traor? are discouraged from performing as musicians. Traor? attended lyc?e in Mali while her father was stationed in Brussels and started performing publicly as a university student in Bamako. Unusually for a female musician in Africa, Traor? plays acoustic guitar as well as sings, and she uses vocal harmonies in her arrangements which are rare in Malian music. In 1997, she linked with Mali musician Ali Farka Tour? which raised her profile. She won an Radio France Internationale prize as "African Discovery" of 1997, an honor previously won by Mali's Habib Koit? in 1993. As well as guitar she plays ngoni (lute) and balafon
Her first album Moune?ssa (Label Bleu), released in late 1997 in Mali and 1998 in Europe, was acclaimed for its fresh treatment and unqualifiable combinations of several Malian music traditions such as her use of the ngoni and the balafon. It sold over 40,000 copies in Europe.
In 2000, her second album Wanita was released. Traor? wrote and arranged the whole album. The album was widely acclaimed with the New York Times nominating it as one of its critics' albums of the year.
Her 2003 album Bowmbo? has two tracks recorded with the Kronos Quartet but still sung in the Bamana language, and was awarded the prestigious BBC 3 World Music Award. As of 2005, she has been nominated three times for this award. She played at WOMAD in 2004 and completed her first tour of North America in the same year.
In 2005 she performed at the "Africa Live" festival, held in Dakar (Senegal) on 12 and 13 March 2005, where, besides Rokia Traor?, several great names of African music, like Malians Ali Farka Tour?, Salif Ke?ta, Oumou Sangar?, Tinariwen, Tiken Jah Fakoly of C?te d'Ivoire, Cameronian Manu Dibango, Algerian Khaled, Senegalese Didier Awadi, Baaba Maal and Youssou N'Dour, and the French rapper Joey Starr were present. These concerts were dedicated to the fight against malaria in Africa, responsible for the death of a child every 30 seconds on the African continent.
In 2005 she also performed at the Youssou N'dour and Friends concert in Geneva, which was also a supporting gala against malaria, with Peter Gabriel, Amadou and Mariam, Gilberto Gil, Tiken Jah Fakoly and Neneh Cherry.
In December 2006 Peter Sellars' New Crowned Hope festival, which is part of the City of Vienna's celebrations commemorating Wolfgang Amadeus Mozart's birthday 250 years ago, saw the world premiere of Wati, a performance by Rokia Traor? and the Klangforum Wien.