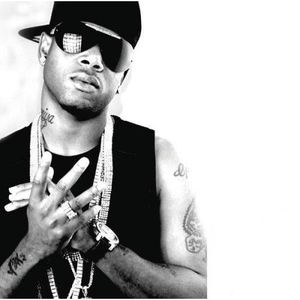 2 Pistols It's nothing short of a miracle that Jeremy Lemont Saunders, aka 2 Pistols, is here to tell his story. With a history of incarceration and brutal violence in his family that predates his own life, his is a story of a survivor. 2 Pistols is an ?80s baby who managed to keep his eyes on the prize after many obstacles seemed to block his path. While his parents spent most of his childhood in jail, Jeremy shuttled between his aunts and older brothers, eventually opting for the street life by the time he was a teenager.

It's nothing short of a miracle that Jeremy Lemont Saunders, aka 2 Pistols, is here to tell his story. With a history of incarceration and brutal violence in his family that predates his own life, his is a story of a survivor.

2 Pistols is an ?80s baby who managed to keep his eyes on the prize after many obstacles seemed to block his path. While his parents spent most of his childhood in jail, Jeremy shuttled between his aunts and older brothers, eventually opting for the street life by the time he was a teenager.

The transformation from Jeremy Saunders to 2 Pistols has been several years in the making. And his story, which illustrates the lives of so many young men like him, is both a cautionary tale and a motivational one. With the release of his debut album, DEATH BEFORE DISHONOR, he is one step closer to establishing himself as a street artist with passion, dedication and talent.

?Music has always been apart of my life,? says 2 Pistols. ?For as long as I can remember. But I never thought about making a career out of it. For a long time, it was all about football.?

The former running back had an illustrious career, rushing for 1,700 yards at Tarpon Springs High School in Tarpon Springs, Florida, just outside of Tampa. There was a dream of playing professional football. ?Yeah, but I was only 5'7? and 145,? he says with a sigh. ?I knew that wasn't gonna happen!?

Fate stepped in and guided him down a different path. He sat in the back of his classes in high school, often jotting down lyrics without really thinking about it. ?Around my way, we sometimes call certain kinds of girls, ?Dirty Foot'. It's just a silly thing, a girl who is trying to get your money and don't have nothing of her own is a Dirty Foot. I was just messing around and wrote a song about it.?

2 Pistols' brother encouraged him to record the song, even if only for fun. ?I recorded the song and I pressed up a few copies and gave it away. But it wasn't a big deal.? And then, several weeks later, he went to a local teen nightclub and heard the DJ playing the song. ?I was kind of shocked,? 2 Pistols explains. ?The people in the club actually knew the words to my song. That's a crazy feeling?to put out a song you think no one will hear and then people are singing along to it in the club.?

That night, a local rapper took the stage to perform his own single at the club and 2 Pistols stood by, watching and observing. ?The guy was just not that good,? he explains. ?And he could tell by my face that I thought he was whack. So he looks down at me in the crowd and asks me if I think I could do better. I said ?hell yeah, I could!'?

In a scene worthy of the big screen, 2 Pistols took the stage, grabbed the mic, cued the DJ to play ?Dirty Foot? and ripped his very first show. No rehearsal, no preparation. ?It was crazy!? says 2 Pistols. ?But it was at that point that I thought music might be my hustle.?

2 Pistols will be the first to admit that music wasn't his first hustle. He's unapologetically open about his past in the drug game. ?I did what I had to do to make money,? he says. ?And I've paid the price for that too.? While in jail several years ago, he had an epiphany. ?I'm sitting in jail for trying to get money and I'm thinking about how I could have used that money to press up my own CDs,? he explains. ?I knew when I got out, I was going to take matters into my own hands.?

True to his word, when he was released, he took every dollar he could round up and invested in himself. He started by promoting parties and concerts in the Tampa area. The goal was triple-fold. He could make money by having top acts come to Tampa. Then he would perform as the opening act for the shows, ensuring that he could build his own buzz. And he would be able to cultivate relationships with artists that would help him as well. With this plan, 2 Pistols brought acts like Plies, Rick Ross, T-Pain, Lil Boosie and the Shop Boyz to the Tampa area for shows.

At the same time, he began establishing his own crew, a clique called Blood Money Union, a loose conglomerate of DJs, producers, lyricists and vocalists. ?I have to be honest,? 2 Pistols says, ?No one is messing with my crew right now?no one. And people are finally beginning to recognize what we've got going on.?

Everything about him is unique from his name to his flow. The name 2 Pistols is a nod to his twin-like personality. ?As a Gemini, people would always say I had two different sides to me,? he explains. ?But because I was living that street life, instead of calling me something like Two Face, my nickname became 2 Pistols.?

His multifaceted personality extends from his nicknames to his musical influences. ?I was always one of the only cats down here in the south, driving around listening to Beanie Sigel and Jay-Z,? he says with a laugh. ?Some of the stuff I listened to down here didn't have a lot of depth. And good music is good music?no matter where it comes from.?

With stellar production by the Grammy Award-winning J.U.S.T.I.C.E. League, 2 Pistols brings raw emotion and feelings to his work, particularly on ?She Got It,? an undeniably radio-friendly track featuring the ultra-hot T-Pain.

With T. Pain's distinct sound layered under the bass-heavy dramatic track and 2 Pistol's aggressive delivery, ?She Got It? is a no-brainer. The slick and polished production makes it both commercially viable and club-worthy while the content and the lyrics work for all fans of street life narratives.

What may be very surprising about 2 Pistols is that his subject matter is not just limited to the raw and illegal elements of street life. He's wholly unafraid to express how he feels about relationships as well. ?When I first started writing lyrics, it was because I had things I wanted to say that I wouldn't necessarily talk to my boys about. So rhyming became a way of expressing myself,? he says That sentiment is evident on songs like ?You Know Me,? which finds 2 Pistols explaining to the women in his life that there are some things he just can't change about himself. And that if she wants to be with him?she'll have to deal with it. ?It's something that a lot of people can relate to,? he explains. ?I know a lot of men who have to have that conversation with women. And I know a lot of women who just don't want to hear it.?

One of the highlights of the album is a standout track titled, ?Blinded.? With an intriguing sample from the movie BLOW, 2 Pistols spits verses on the hazards of navigating the entertainment industry while trying to maintain his everyday life.

?I know people who get some shine in this game and lose sight of who they are. That's not me. I haven't changed just because I have a record deal?people around me are actually the ones changing. And on this song I talk about how that feels.?

2 Pistols is the complete package. He's edgy without having to brag about it. He's authentic without being over the top. He's confident without being cocky. And in addition to being talented on the mic, he's humble enough to learn by watching and he's never satisfied with the status quo.

?This is just the beginning for me,? says 2 Pistols. ?The fact that I'm even here means I've already accomplished so much. There's nowhere else for me to go but up.?