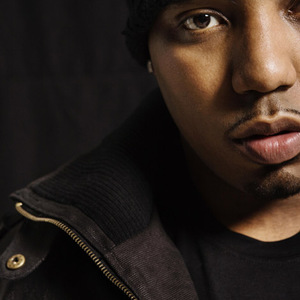 Shawn Mims (born March 22, 1981 in Washington Heights, New York City), better known by his stage name Mims, is an American rapper of Jamaican descent signed to his own American King Records. In 2007 he released his debut album, Music is My Savior, and his second album, Guilt was released in April of 2009. He is perhaps best known for his debut single, This Is Why I'm Hot, which was a smash hit, reaching #1 on the Billboard Hot 100.

Mims graduated High School and enrolled at Nassau Community College. He left the institution after a mere two months of classes to pursue a career in rap music. He began spending time in Harlem with Cam'ron as an acquaintance. In 2001, he was discovered by Quincy S/Duq Entertainment and soon after featured on a Canadian compilation entitled Private Party Collectors Edition Vol. 2, by Baby Blue Soundcrew. His guest appearance on the single "Love Em' All", alongside Choclair, enabled him to be recognized in Canada. The music video was nominated for a MMVA award. This song was never officially released in the United States. Mims also released his own single entitled "L.O.V.E." which was commercially unsuccessful.

Soon after his recognition in Canada, he would gain connections with Blackout Movement. He would release his first U.S. Single, "I Did You Wrong" gaining modest momemtum across the United States. This would not be enough to finalize a legitimate record deal for the artist. In 2006, He began to record tracks for Latin hip hop label Urban Box Office. He decided that it would be in his best interests to structure his own label situation. He would create American King Music alongside business partners Corey Llewellyn & Erik Mendelson.

Mims released "This Is Why I'm Hot" which gained respectable momemtum across the country as a direct result of his immediate camp and company. This created much attention for Mims as labels that had previously turned him down began to show interest. Following meetings with EMI mainly Capitol Records, Mims decided to sign his American King Music imprint with the company in November of 2006.

He immediately began to work on his debut album, Music Is My Savior emphasizing that Capitol Records understood him and his aspirations. During the summer of 2007, Mims released his second single, "Like This. The song became a minor hit on the radio. Also released from the album was "Just Like That.

Mims released his second effort on April 7, 2009, titled "Guilt". In October 2008, "Move (If You Wanna)" became the first official single from Mims' new album, peaking at #63 on the Hot 100 charts. The second single was released to radio alongside his album on April 7, 2009, entitled "Love Rollercoaster" featuring LeToya Luckett.