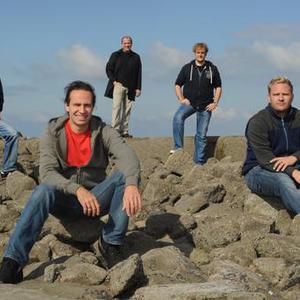 The Wise Guys are a popular Acappella group from Cologne, Germany. They are the most prominent representatives of Acappella music in Germany. Their tantalizing combination of catchy tunes and amusing lyrics have attracted many fans. The group as it is known today has existed since 1995 with the members Daniel Dickopf (D?n), Marc Sahr (Sari), Edzard H?neke (Eddi), Clemens Tewinkel and Ferenc Husta who replaced the former bassist Christoph Tettinger. Tettinger is now the band's manager. As of 2009, Clemens Tewinkel has left the group and been replaced by Nils Olfert.

The Wise Guys are on the verge of commercial success. Their latest album reached the top 3 of the German album charts, while they still play lots of smaller concerts all over Germany.

Recently, some songs were re-recorded with traditional band setup (drums, bass, guitar etc.) and those don't stand back from the original versions.