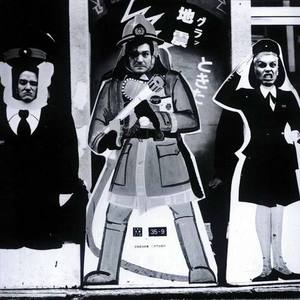 Die ?rzte (pronounced DEE AIR-TS-teh, German for "The Doctors" or "The Physicians") are a punk rock band from Berlin, Germany. Die ?rzte are one of the best-known german rock bands and have released over 20 albums. The band consists of guitarist Farin Urlaub, drummer Bela B. and bass player Rodrigo Gonz&aacute;lez. All three write and sing. Die ?rzte were formed in 1982 by Jan Vetter (alias Farin Urlaub), Dirk Felsenheimer (alias Bela B.) and bassist Hans Runge (alias Sahnie).

Die ?rzte were formed in 1982 by Jan Vetter (alias Farin Urlaub), Dirk Felsenheimer (alias Bela B.) and bassist Hans Runge (alias Sahnie). Bela and Farin had previously played together in the punk band Soilent Gr&uuml;n; after that band broke up they decided to form a band playing fun songs, in contrast to the mostly political bands of the punk scene at that time. While deriving from that punk scene, their early music was heavily influenced by pop and rock and roll, especially The Beatles, whom Farin heard a lot as a child due to his mother playing their records.

In the first two years they mostly played in clubs of their hometown of Berlin. Their first release was a contribution to the sampler "20 sch?umende Stimmungshits" (roughly, "20 exuberant mood hits"), which contained a strong alcohol theme. In 1983 they won a rock contest in Berlin; with the prize money they recorded their debut EP "Uns gehts prima" ("We're doing great"). Finally Columbia Records signed them, and they released their first LP "Debil" in 1984 and the second one ("Im Schatten Der &Auml;rzte") a year later.

After the second record they parted ways with Sahnie due to internal problems. On the third record he was replaced by producer Miccey Meuser; later Hagen Liebig, better known as The Incredible Hagen, played bass for them during live performances until their breakup.

In 1987 the German Federal Centre for Media Harmful to Young Persons put the songs Geschwisterliebe ("Sibling Love", a song about incest, from Die ?rzte), Claudia hat 'nen Sch&auml;ferhund ("Claudia has a German Shepherd", about zoophilia, from "Debil") and Schlaflied ("Lullaby", about a monster coming and eating you after falling asleep, also from "Debil") on the German List of Media Harmful to Young People. This prohibited the band from performing the songs live and, more importantly, promoting the two albums, and shops from openly displaying the records in their shelves. After several trials against shops that still openly sold the records a lot of shops removed Die ?rzte completely from their stock. The result was a drop in record sales and big financial problems for the band. In response they released the compilation "Ab 18" ("Adults Only") with all their songs on the index and some other old and new tasteless songs, and the greatest hits album "Ist das alles?"("Is this everything?" but also can be translated as "Is this the end?"). The album and the new singles were fairly successful, partly because of growing media interest due to the previous censorship.

The following album "Das ist nicht die ganze Wahrheit" ("That is not the whole truth") was even more successful, climbing into the top 10 in the German album charts. They decided to go out on a high note in 1988, breaking up after doing one last tour and recording a live double album that became their first number one in the album charts.

Neither Farin's new band King K&oslash;ng nor Bela's Depp Jones were really successful, so in 1993 they decided to do a reunion. As bass player they invited Rodrigo Gonzales, who was guitarist in Depp Jones and a friend of Bela. Their comeback single was Schrei nach Liebe ("Cry for Love"), their first ever political song, that they published as a statement against what was perceived as growing racism and right wing extremist violence in Germany at that time.

The album was more diverse than ever, with ballads, punk, rock and traditional German sounds. Both album and single became big hits in Germany, Austria and Switzerland. The follow-up "Planet Punk" was also very successful.

In 1996 they wanted to make an EP just about hair, but they wrote too many songs for an EP and made the Album "Le Frisur" ("The Hairdo") instead. It was slightly less successful than its predecessors. Apart from their own tours they also supported Kiss in that year, a dream come true for Bela and Rod.

1998 was perhaps the most successful year of their career, the single "M&auml;nner sind Schweine" ("Men are Pigs") being their first Number 1 single in Germany, Austria and Switzerland, and the album 13 also being Number 1 in Germany and Switzerland. After a lot of promotion and touring in that year they decided to take a break, deciding also to never play again "M?nner sind Schweine" at a concert due to the too great success this song had. They did not like the upcoming unwanted and rather unoriginal remakes by other bands as e.g. "Frauen sind Schweine" ("Women are pigs") and also did not like to see their song played at mass tourist beach parties at places like Mallorca/Spain.

In 2000 they came back with another very successful album, "Runter mit den Spendierhosen, Unsichtbarer!", and two top 10 singles. As the third single from the album they released the 30-second-song "Yoko Ono", which, according to the Guinness Book of Records, is the shortest single ever released - another example of their sense of humour. On their tour in 2001 they sold the limited Album "5, 6, 7, 8 Bullenstaat" consisting of short punk songs that were written and recorded while recording the full length album published a year before, and some cover songs published in 1994 on a tour only EP.

After that they again took a break: Bela did some acting, Farin recorded his first solo album (Endlich Urlaub!). In late 2002 they did an MTV Unplugged in a school auditorium together with the school band. After that they made a new double album Ger&auml;usch that was released in 2003. On the next tour a Live DVD was recorded and published one year later.

On 2 November 2007, Die ?rzte released their latest album, Jazz Ist Anders ("Jazz is nothing like this", literally "Jazz is different").

In August 2011 the band announced that they are working on a new album which is set to be released in 2012 with a tour called "Das Ende ist noch nicht vorbei" ("The end is not over yet") following in the summer 2012.