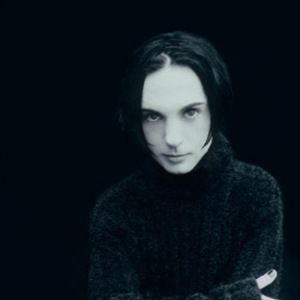 When Chris Vrenna left Trent Reznor's influential industrial/alternative rock powerhouse Nine Inch Nails in 1996, it certainly wasn't the end of the line for the drummer/producer/songwriter--far from it. Vrenna kept busy with a variety of musical activities. In addition to producing or co-producing various artists (including Marilyn Manson, Rasputina, Xzibit, Red Delicious, Lords Of Acid and Cold) and providing remixes for U2, Nelly Furtado, DIR EN GREY and Weezer (among others), Vrenna got into soundtracks.

In 2001, for example, Vrenna composed the dark, eerie instrumental soundtrack of American McGee's Alice, a video game that is based on Alice in Wonderland. And it was also in 2001 that Vrenna unveiled his Tweaker project. Best described as a blend of alternative pop-rock and electronica, Tweaker was inevitably compared to Vrenna's former band, Nine Inch Nails--as many years as Vrenna spent in Reznor's employ (eight, to be exact), people were bound to point out the similarities between Tweaker and Nine Inch Nails. And, to be sure, many of the adjectives that have been used to describe Reznor's band have also been used to describe Tweaker--adjectives like dark, moody, eerie and shadowy. Like Nine Inch Nails, Tweaker is aggressive yet melodic and very musical; Nine Inch Nails was never the sort of industrial band that lived on brute force alone. But Vrenna is his own man, and Tweaker is far from a carbon copy of Nine Inch Nails. While Reznor's outfit is industrial-oriented, Tweaker's alternative pop-rock/electronica blend isn't industrial per se (although Vrenna does incorporate elements of both industrial and goth-rock). If Nine Inch Nails has inevitably influenced Tweaker, so have a variety of other artists (who range from David Bowie and Roxy Music to Marilyn Manson, Stabbing Westward and Depeche Mode). Even some of U2's post-?80s work has had a bit of an influence on Tweaker.

2002 was mostly dedicated to other projects, but in January of 2003, Vrenna signed a deal with Waxploitation and iMUSIC to release the next Tweaker album. He stepped back into the studio around the same time to work on new material, and set up an in-progress page on his website to keep fans updated on the latest developments for Tweaker.

In 2004 the band recorded the theme song for the id Software game Doom 3.

And Then There's Nothing

The Attraction To All Things Uncertain