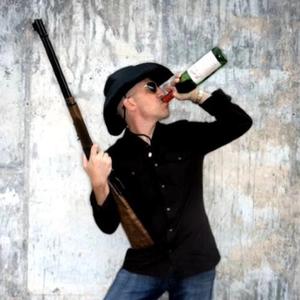 Puscifer is an experimental project by Maynard James Keenan (Tool/A Perfect Circle). Here, he experiments with a lot different sounds and ideas that have little to do with "rock". Puscifer is "as much a clothing line as it is a band", and Maynard James Keenan has described it as "Simply a playground for the various voices in my head, it's a space with no clear or discernible goals. It's where my Id, Ego, and Anima all come together to exchange cookie recipes."

For a full listing of clothing and who did what on what and where, go to:
www.puscifer.com

Conditions Of My Parole

Sound Into Blood Into Wine

"V" Is For Viagra (The Remixes)