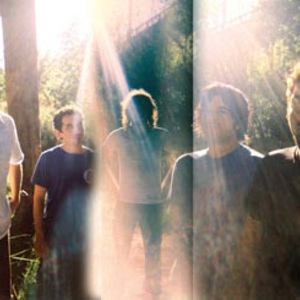 Team Sleep originated as Chino Moreno's idea to create a softer, moody side project from his mainstay, Deftones. Originally, the song "Teenager" (released in 2000 on the Deftones record "White Pony") was meant to be a Team Sleep song. DJ Crook, a long-time friend and roommate of Frank Delgado, had done the beats on Teenager. Chino Moreno decided to start Team Sleep with DJ Crook, and Chino's childhood friend, Todd Wilkinson. To date, Zach Hill and Rick Verrett have been added to the permanent roster as drummer and bassist.

?We were never going to make a record, or start a band,? adds Wilkinson, ?I was just sitting at home, playing guitar, and I started recording some stuff. It was never about trying to play shows, record in a studio, or anything of that sort. It was just bumming around. I had never been in a band, and I never wanted to be?we were just friends.?

It was rumored that Mike Patton (Fant&ocirc;mas, Faith No More) and Melissa Auf Der Maur (ex-Hole, ex-Smashing Pumpkins) would be involved in recording sessions. While Mike Patton did indeed contribute vocals to the track "Kool-aid Party", this song did not make it to the album. Due to contractual obligations, any material Team Sleep releases will be through Maverick Records. Now that the album is released, it is known that only Rob Crow of San Diego based band Pinback and Mary Timony of the band Wild Flag (ex-Helium, ex-Autoclave) lend their vocals to the project along with Chino.

The only early Team Sleep recording to have been officially released was "The Passportal," an instrumental featured on the The Matrix Reloaded soundtrack. A version of "The Passportal" with lyrics and vocals by Chino Moreno has circulated on the internet under the title "Apollonia."

A full album's worth of material was finished between 2002-2003, but Moreno was reportedly angered after Team Sleep songs were circulated on the internet, mostly by the Deftones own official message board. This, coupled with the release and supporting tour for Deftones' fourth album, kept Team Sleep's recordings from being released. In 2002 there was also a Team Sleep world premiere on POWER 106 FM in Los Angeles: "Mercedes" was played once. The new album has done away with almost all of the previous tracks, only carrying over four of the originals, three of those heavily revamped.

Team Sleep's record was originally scheduled for a November, 2004 release, but Maverick Records were reportedly so impressed by the album they postponed the release until mid-2005 to allow for promotion. Chino supposedly commented that "(I) didn't know whether to be happy that they were impressed, or pissed that they didn't expect much (from Team Sleep) in the first place."

A DJ named 'C-Minus' opening at a Deftones concert at the House of Blues in West Hollywood in October, 2004 premiered the newest version of the Team Sleep song 'Cambodia' to the crowd. This song was later changed to 'Ever.' The official Team Sleep website surfaced and included an audio/video clip of the song 'Death By Plane.'

Rumors began to circulate in January 2005 that Team Sleep had broken up due to a falling out between Chino Moreno and DJ Crook. Many fans were distraught at the fact that the long-awaited project might never surface, but the rumors were later proved false.

May 10 was finally pinned down as the date that Team Sleep's self-titled debut album would be released. "The best part about it is having completion of something you've been working on, and having it done right," Moreno said in a statement. "It's fun, working with different people, everybody works differently. When I have time off from music, I want to make other music. That's what I do, that's what's fun, that's what makes me happy." ...(mtv.com)

Team Sleep has been described as "moody" and "beat-driven." More so than the Deftones, many themes and lyrics on the album are fantastical and imaginative in nature; drawing from such literary sources as Poe and historical events like the Jonestown Massacre. The completed album is less electronica in sound and much more 'alt' or 'indie' rock than when the project began.

'Ever' is considered to be the first single from Team Sleep. Notably absent from the completed album are 'Mercedes,' 'Apollonia,' 'Iceache,' 'Death By Plane,' 'Solid Gold,' 'Acoustic One,' and 'Kool-aid Party'. However, a newer version of 'Kool-aid Party' was released on the 'Ever (Foreign Flag)' single.