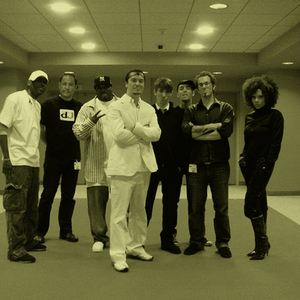 It had been five years since the fans of Mike Patton had first heard of the Peeping Tom project and the growing anticipation soon turned into skepticism, for fear the project would never see the light of day. Fans were also teased with the leaking of demos some of which were nearly identical to the finished product.

"I'd send out a track and start working on something else," said Patton, explaining the Peeping Tom delay. "You don't sit around for the mailman to come, you work on other shit. And that's what I did. It was really something I worked on over a period of several years that was in the background of my life."

Patton describes Peeping Tom as his take on pop music: "I don't listen to the radio, but if I did, this is what I'd want it to sound like. This is my version of pop music. In a way, this is an exercise for me: taking all these things I've learned over the years and putting them into a pop format. I've worked with many people who have said to me, 'oh you have a pop record in you, eventually you'll find it,' and I always laughed at them. I guess I owe them an apology."


3) Biography from http://en.elektrolink.com/artists/djs_composers/peeping_tom/ :
Step by step, the ever-changing collective Peeping Tom is building a galaxy of its own in the world of electro. A fascinating constellation revolving around the hard core of Vincent Haenni and Gabriel Scotti has recently been observed: live scores for synthesized images and real time projections, soundscapes accompanying public readings by French actor Carlo Brandt , electro-dub performances, completed by an interactive website where the visitors can try their hands at the genre. Plus, of course, a first CD (ICare/Saturn Split/db32). And now, Liquid Sand, taking the listener to the borders of elegant and sensual downbeat music, where twelve new planets are unveiled. Visiting various musical styles (jazz, ambient, dub) as well as literary genres (from the Great French poets to a 1970s cookbook for the American housewife), Peeping Tom does not just sample the finest elements thereof. Like a giant cosmic reactor would turn sand into liquid, the duo amalgamates the components to an amazing degree of perfection. Yet, the result is never sterile, each of the twelve tracks being on the contrary a rich and welcoming biosphere. They now await your visit. Gregoire Bisson Web: www.migroz.com Email : peepingtom@migroz.com

4. Peeping Tom are a Rock Ceilidh band, and the first Thursday of each month they hold a ceilidh at The Massey Ferguson Social Club. The formed in the eighties.