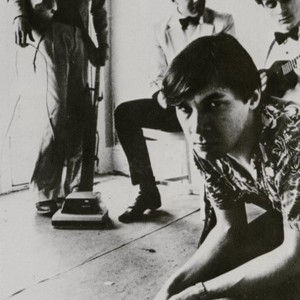 The Comsat Angels were a post-punk band from Sheffield, England, active from 1978 to 1995. Their music has been described as "abstract pop songs with spare instrumentation, many of which were bleak and filled with some form of heartache." They have been credited as being an influence to current post-punk revival bands, such as Blacklist, Editors and Interpol. The Comsat Angels toured heavily in the UK and in western Europe, especially in The Netherlands. They also toured the United States twice. Their music has been extensively reissued and recompiled since 1995 by various record labels.

Time Considered As A Helix Of Semi-Precious Stones

Fire On The Moon