This Or The Apocalypse 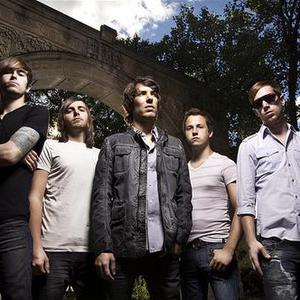 Most familiar with Lancaster County, Pennsylvania typically associate it with sprawling rural environments and Amish populations. Those who have spent time in the central PA location can speak of an entirely different portrait of Lancaster. They have experienced the "big city" atmosphere mixed with the earnest hard work ethos of a small town. They know of the thriving and vibrant downtown arts and music scene, which has produced a number of ground breaking local music acts. They can also tell you the benefit of its close proximity to 5 major US cities.

It is this blend of circumstances that established the creative approach, broad vision, and DIY principles of This or the Apocalypse. They are a band that exhibits the patience and dedication to step outside the box to create something both heavy and unique. Their craft of song is intelligent, scathing, honest and even uplifting.

With a foundation steadily built from self-released recordings and self-booked tours, This or the Apocalypse signed to LifeForce Records. Their first commercial debut, "Monuments", reached American shelves on September 07 and the rest of the world the following month. The album ripped along at a driving pace, thoughtfully interchanging syncopated polyrhythmic grooves, striking melodies, and a passionate approach unheard in heavy music. With inspiration taken from vintage poetry and classic literature coupled with Armellino's tenacious and honest vocal delivery, the album offered listeners a welcomed change of pace from typical heavy music themes.
"Monuments" blurred the lines between hardcore and metal, dodging the gimmicks of both. The band toured relentlessly performing through North America for 10 months out of 12 months in support of the release during it's debut year. Focused and unwilling to stop writing new material, the band used recording equipment to create pre-production demos while on the road. It provided an opportunity to creatively experiment as a band without the limitations of deadlines. While on stage the band displayed an array of musicianship and energy, which caused them to stand out in distinction amongst others on the bill. At the 2009 New England Metal and Hardcore Festival, Lamb of God drummer Chris Adler was in attendance to one of these noted performances. Chris fondly recalls his first impressions of the band:

""I received advance copy of 'Monuments' from my friend Drew at Lifeforce and I flipped on the drummer. I called Drew and asked if this was the real deal or programming; he assured me it was real. I saw they were playing a festival LOG was on months later, very early in the day. I drug my drum tech to come watch with me and about 12 other people stood in awe with jaws dropped. I found the drummer, Grant, later that day and we discussed all things metal over a bottle of vodka in the back of my bus all night. I realized after that hang, specifically, that this was a band that could be and do anything and I was entirely addicted"

Shortly after Chris approached the band about producing their next album. Chris explains, "I knew that if I was going to ever work with another band that it would have to be a very special circumstance. I've had literally thousands of bands ask, but I never felt the connection and belief I felt when I saw and hung with TOTA. I'm happy to be a part of this. I feel like this is an important moment." Chris also brought along with him famed producer/engineer Josh Wilbur (Avenged Sevenfold/Atreyu) to work on the project. The band brought into the session enough material to record three full albums.

While the core of the songs retain the trademark TOTA sound, each member made a commitment to push their individual arrangements and performances well beyond any previously established boundaries. The synergy between the band and the co producers was the perfect storm of aggressive and creative youth coupled with experience and wisdom. The blistering ensemble of tracks will undoubtedly blaze a new path for the band and turn the world of aggressive music upside down.