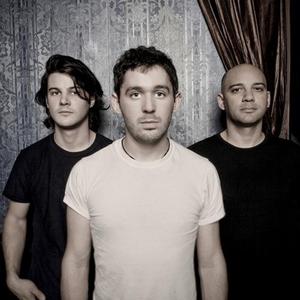 The Antlers are an indie rock band currently based in Brooklyn, New York, fronted by Peter Silberman. Initially, The Antlers was a solo project created by vocalist and guitarist Silberman immediately after he had moved to Brooklyn, New York, in 2007. Silberman wrote the first album, "In the Attic of the Universe" by himself and under his own name. Afterwards, he recruited Lerner and Cicci, becoming a collaborative group. The band recorded two EPs: "Cold War" and "New York Hospitals".

Silberman's collection of songs (which was mentioned as an "elegy for his planned disappearance") would later become a full-length album titled "Hospice" and would feature an epic storyline, telling the analogy of an abusive relationship through the tale of a man losing a loved one to cancer. Silberman has stated that the album is mostly auto-biographical. The album was independently released by the band in March of 2009, selling an apparently overwhelming number of copies, later selling all of their stock and had to produce more. The band later commented that they had "bit off more than they could chew". The album received critical praise for both its narrative and musicianship and has since been listed on several "Album of the Year" lists. The band later signed with New York-based French Kiss Records. The label released a remastered "Hospice" on August 18, 2009. In 2011, the released "Burst Apart," their follow-up to "Hospice." The album was received with critical acclaim equal to its predecessor, and the band subsequently launched a world tour in support of the record.