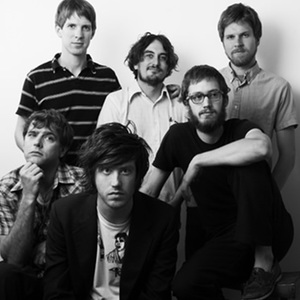 The band self-released their first album, Stars Too Small to Use, which led them to the south by southwest music festival. After recording their first album in a garage, they signed with Jagjaguwar. Okkervil River continued by releasing four more albums, including critically lauded concept album Black Sheep Boy.

After a period of touring for Black Sheep Boy, Okkervil River followed up with The Stage Names. The album sold 10,000 in its opening week in the United States. The group released a free covers album, Golden Opportunities mixtape from their live performances.

The band has garnered positive critical reception. Especially noted are each song's lyrics, intricate instrumentation, and thematic albums. In addition, they were featured on the talk show Late Night with Conan O'Brien and have performed with high profile bands such as The Decemberists, The New Pornographers, The National, and Lou Reed.

Okkervil River released their most recent album The Stand Ins on September 9, 2008. They are promoting the release with a series of cover songs from the album on YouTube by people they've met as a band.

A Dream In The Dark: Two Decades Of Okkervil River

In The Rainbow Rain

I Am Very Far