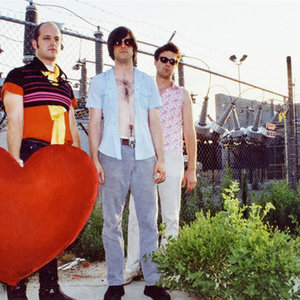 Oneida is an experimental rock band from Brooklyn, New York. Their influences include psychedelic rock, krautrock, electronic, and noise rock, but the overall structure and intent of their music cannot be easily traced to any of these styles, or the myriad other styles they have drawn upon in recordings. The most striking and consistent aspect of Oneida's music is their use of and fascination with repetition.

The most striking and consistent aspect of Oneida's music is their use of and fascination with repetition. Their 2002 LP, Each One Teach One, for instance, begins with two especially long tracks, Sheets of Easter and Antibiotics, the former over fourteen minutes long, the latter more than sixteen. Both of these songs are composed of one repeated riff (with a few short interludes on Antibiotics). In addition to the use of repetition Oneida's music can be distinguished by the bandmember's extensive use of and enthusiasm for antique keyboards and analog electric pianos.

Originally recording on Turnbuckle Records (their first two albums in 1997 and 1999), the band now runs Brah Records, an imprint of Jagjaguwar (Jagjaguwar group at Last.fm). In September 2007 the group celebrated 10 years of existence with a concert at the P.S. 1 Contemporary Art Center in NYC.

Papa Crazy (aka PCRZ) of Oakley Hall is a former member of Oneida, and has revived connections with Oneida by recording OH's most recent album Gypsum Strings on Oneida's Brah Records label.