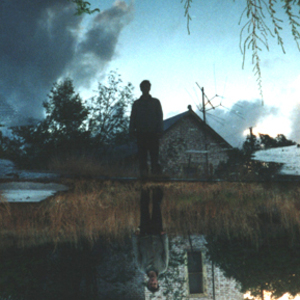 The Microphones is the name of a project that Anacortes, WA's Phil Elvrum has headed since the late 90s. Its sound is best described as lo-fi "fuzz folk," ranging from drum-crashing, bass-thrashing sonic freakouts, strummy classical guitar love songs, angelic vocal choirs, and almost-whispered vocals over harmoniums and bell kits. In 2004, Elverum abandoned the "Microphones" name to begin recording as Mount Eerie.

But in December 2007, he began selling a new 7" single by the Microphones ("Don't Smoke" / "Get Off The Internet") on his website and at concerts, suggesting that the project is not yet over. Microphones members/collaborators include Karl Blau, Dennis Driscoll, Kyle Field aka Little Wings, Mirah, Khaela Maricich aka The Blow, Adrian Orange aka Thanksgiving, Adam Forkner and K Records' founder, Calvin Johnson of Beat Happening and The Halo Benders.

It Was Hot, We Stayed In The Water

Don't Wake Me Up