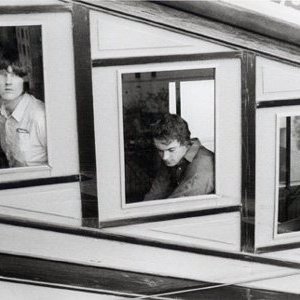 Lilys, led by singer/songwriter Kurt Heasley, are a notoriously difficult band to categorize. With an ever-evolving lineup, home base, and a sound that swings pendulum-like between My Bloody Valentine-influenced shoegazer and indie guitar pop, the answer to the question, "Who are the Lilys?" depends of the qualifiers of "when" and "where." Along with Apples In Stereo, Olivia Tremor Control, Of Montreal and other bands, Lilys set much of the tone for the American East Coast rock scene in the 1990s

"A Nanny In Manhattan" became a #16 hit in the UK after being used in a 1998 ad campaign for Levi's jeans.
In winter of 2000 K. began recording Precollection in Philadelphia. Three producers and three years later enter Guru of Soul, producer MIchael Musmanno, combining his affections for pop and esoteric rock to deliver all subsequent Lilys recordings.

A Brief History Of Amazing Letdowns

In The Presence Of Nothing