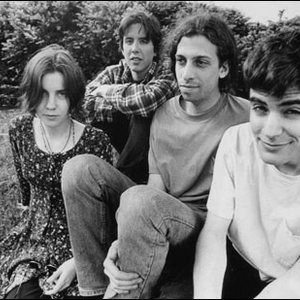 Swirlies is a band from Boston that formed in 1990. Notorious for loud, wall-of-noise guitar music, as well as a twisted quiet side, Swirlies have a fondness for the phrase "sneakyflute music" to describe their endeavors. Their live shows usually culminate with the mechanical failure of some piece of equipment, or the interminable tuning of Damon's guitar While Andrew Bernick puked his anxiety (not booze, never ever booze...) out by the side of the stage.

They have been known to inadvertently break things in hotel rooms and rent-a-vans, and are particularly apt at signing somewhat undesirable (for the band) contracts with people they barely know. These activities have earned them a "bad-boy (and girl)" image in the music industry and have sent them into such a state of financial ruin that they have gone on to pursue graduate student stipends.

Swirlies released a series of EPs and four albums on the Taang! label before moving on to Bubblecore Records for 2003's Cats of the Wild Volume 2. A handful of singles have also appeared through Slumberland, Pop Narcotic, Working Holiday and others, and the band has also released a number of cassettes, CDs, and downloadable albums on its Sneakyflute Empire label, including a rock opera addressing harbored feelings of enmity towards Meg Zamula. Orthogonal to the Zamula affair, bass player and keyboardist Andrew Bernick releases Swirlies-related material on his Richmond County Archives a label whose guiding principle is the collection and presentation of music in its natural, messed-up state (NOT to be confused with "lounge music"). Controversial Swirlies offshoot The Yes Girls toured the US and Denmark opening for Mew and also released a limited edition album in 2000 through Sneakyflute Empire/Pehr

They Spent Their Wild Youthful Days In The Glittering World...Salons