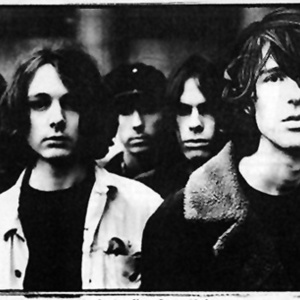 Chapterhouse took the unusual step of rehearsing and gigging for well over a year before recording even a demo tape. They were initially lumped in with the British acid rock scene, a mistake hardly rectified by the band's early performances supporting the rather laid-back Spacemen 3. Chapterhouse eventually escaped from that genre only to find themselves thrust amongst the shoegazer groups of 1991 (with the likes of Lush, Ride, Moose and Slowdive), so called because of the bands' static live shows and insular music.

Bassist Jon Curtis left early on to study, being replaced by Russell Barrett (b. 7 November 1968, vermont, usa) who also fronted his own garage band, The Bikinis. Chapterhouse eventually signed to the newly formed Dedicated label, releasing a series of lavishly acclaimed singles, including "Pearl," which reached the UK Top 75, and which revelled in distorted melodies and attracted a healthy following.

Their first LP "Whirlpool", released in 1991, has been cited as one of the genre's high points, but failed to capture a wider market. In the same year, Chapterhouse also appeared to muted reaction at Reading Festival immediately following Nirvana's UK debut, an event which was seen to sound the death knell for shoegazing.

The band released no further new material other than a double CD "Rownderbout (Disc 1)"/"Rownderbout (disc 2)" compiling their singles, various B-sides, rarities and unreleased demos. Sherriff went on to form Bio.com, Bates formed Cuba and Rowe went on to play guitar for Mojave 3.

The music of Chapterhouse was mostly out of print on CD until in March 2006 cherry red records reissued the album Whirlpool with bonus tracks, and for the first time, lyrics.