Stars Of The Lid 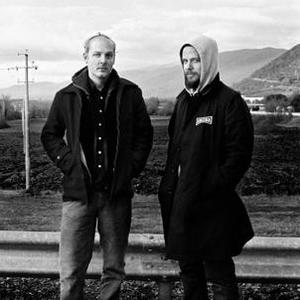 Stars of the Lid are a band specializing in drone-based ambient music. They list among their influences minimalist and electronic composers such as Arvo P?rt, Zbigniew Preisner, Gavin Bryars, and Henryk G?recki, as well as Talk Talk (both bands have tracks named "Taphead"), post-rock artists Labradford, and ambient innovator Brian Eno. Their music largely consists of beatless soundscapes, composed of droning, effects-treated guitars along with piano, strings, and horns; volume swells and feedback fill the gap of rhythmic instruments, providing dynamic movement within the songs.

Formed in Austin, Texas in 1993, the band has two members ? Brian McBride and Adam Wiltzie. Both have released solo material, the former under his own name and the latter under the The Dead Texan alias. Their 2001 album, a double-LP named The Tired Sounds of Stars of the Lid, was released to generally positive reviews. The follow up, Stars of the Lid and Their Refinement of the Decline, another double-disc album, was again released on Chicago's revered Kranky Records?the label's milestone 100th release?on April 2nd.

And Their Refinement Of The Decline CD2

And Their Refinement Of The Decline CD1

The Tired Sounds Of Stars Of The Lid CD2

The Tired Sounds Of Stars Of The Lid CD1