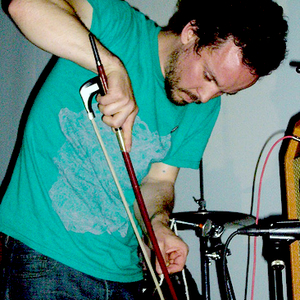 Jefre Cantu-Ledesma is a multi-instrumentalist and member of several bands, as well as the co-founder of the Root Strata record label based out of San Francisco, California, United States. Since 1995, he has recorded and toured in the United States, Europe and Japan. Cantu-Ledesma got his start in the band Tarentel. He was one of the founding members and is still a primary figure in the band's lineup. In addition, Cantu-Ledesma is, and has been, involved in a slew of other musical projects including The Holy See, Colophon, The Alps, Maholy Nagy, Josephine, and Isadore Ducasse, among others.

Cantu-Ledesma moved from San Francisco to Germany in 2011, where he currently lives and works.

Tracing Back The Radiance

On The Echoing Green

A Year With 13 Moons

The Garden Of Forking Paths