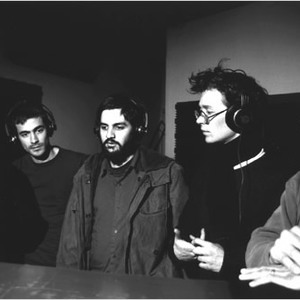 Bedhead was a slowcore band from Dallas, Texas active in the 1990s (1991-1998). Their first album, WhatFunLifeWas, is often cited on critics' lists as one of the best indie albums of the 1990s. Bedhead's music was generally subdued, with a polyphonic sound based on the interlocking of single-line melodies played by three electric guitars and one electric bass guitar (often played with a capo), nearly always using clean (undistorted) tones.

The group's vocals were often delivered in such a low key manner that they were quite difficult to decipher. This unusual sound was dubbed by some critics as "slo-core," referring to the slow tempos of many of the band's songs, a label to which band members objected in interviews. In reality, many of the group's songs do not remain slow and quiet throughout, instead beginning very slowly and quietly and gradually building in intensity and volume. Bedhead also experimented with unusual time signatures, with some songs in 6/8 or 3/4 meter.