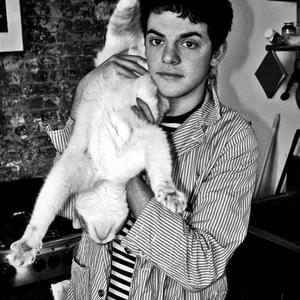 - New 2012 album out now: Drones & Piano! http://nicomuhly.bandcamp.com - Born in Vermont in 1981 and raised in Providence, Rhode Island, New York?based composer Nico Muhly graduated from Columbia University with a degree in English Literature. In 2004, he received a Masters in Music from the Juilliard School, where he studied under Christopher Rouse and John Corigliano. Nico is a member of the Icelandic music collective/record label Bedroom Community.

Born in Vermont in 1981 and raised in Providence, Rhode Island, New York?based composer Nico Muhly graduated from Columbia University with a degree in English Literature. In 2004, he received a Masters in Music from the Juilliard School, where he studied under Christopher Rouse and John Corigliano. Nico is a member of the Icelandic music collective/record label Bedroom Community.

A former boy chorister, Muhly has composed extensively for choir, including commissions from the Clare College Choir and the Brooklyn Youth Chorus. New York's Saint Thomas Church commissioned and performed his Bright Mass with Canons, later recorded on their American Voices album and on the Los Angeles Master Chorale's all-Muhly Decca debut, A Good Understanding.

His orchestral works have been premiered by the American Symphony Orchestra, Aurora Orchestra (Seeing is Believing), the Boston Pops (Wish You Were Here), the New York Philharmonic (Detailed Instructions) and the Chicago Symphony (Step Team). He is currently working on a new quintuple concerto commissioned by the piano-playing ensemble known as The 5 Browns.

Film credits include Muhly's scores for Joshua (2007), and Best Picture nominee The Reader (2008). With designer/illustrator Maira Kalman, Muhly composed a vocal work based on Strunk & White's The Elements of Style, and he has worked with choreographer Benjamin Millepied to create new pieces for the American Ballet Theater (From Here On Out) and the Paris Op?ra Ballet(Triade), and the Nederlands Ballet (One Thing Leads to Another). He has also lent his skills as performer, arranger and conductor to other musicians, including Antony and the Johnsons (The Crying Light), Bj?rk (Med?lla, Drawing Restraint 9, Volta), Bonnie ?Prince? Billy (The Letting Go), Doveman (The Conformist), Grizzly Bear (Veckatimest), and J?nsi from Sigur R?s (Go).

Among his most frequent collaborators are his colleagues at Bedroom Community, an artist-run label headed by Icelandic musician Valgeir Sigur?sson and inaugurated by the release of Muhly's first album, Speaks Volumes (2007). Leading up to Speaks Volumes' American release, Muhly was invited to present concerts of his chamber music at both Carnegie Hall and the Whitney Museum. Since then, Muhly has released a second album, Mothertongue (2008), and worked closely with labelmates Valgeir, Ben Frost, and Sam Amidon on their respective solo releases. Valgeir collaborated with Muhly and perfumer Christophe Laudamiel to create the ?scent opera? Green Aria (2009), which premiered at the Guggenheim Museum in New York, and on the ballet I Drink the Air Before Me, commissioned by the Stephen Petronio Dance Company for their 25th anniversary and released on CD by Decca in the fall of 2010.

Recently, Muhly has begun composing for operatic voices. Carnegie Hall commissioned his song ?The Adulteress? for soprano Jessica Rivera's 2009 Carnegie debut, and that same year, countertenor David Daniels and the Academy of St. Martin in the Fields performed his Vocalise and Drones on arias by Handel. 2010 saw the premiere of Impossible Things, a new song cycle for tenor Mark Padmore, violinist Pekka Kuusisto, and the Britten Sinfonia, and for 2011, the English National Opera and the Metropolitan Opera commissioned Two Boys (libretto by Craig Lucas, directed by Bartlett Sher), Muhly's first full-scale opera, followed by Dark Sisters (with a libretto by Stephen Karam and directed by Rebecca Taichman), co-commissioned by the Gotham Chamber Opera, Music-Theatre Group and the Opera Company of Philadelphia.

I Drink The Air Before Me