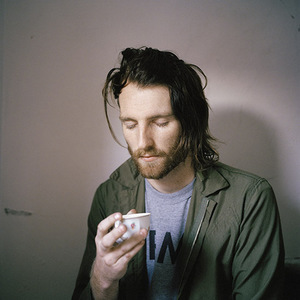 Ben Frost (born 1980 in Melbourne, Australia, now based in Reykjav?k, Iceland) is a musician, composer and producer, whose early work included the independently released ambient electronic EP Music for Sad Children (2000) and for his band School of Emotional Engineering. However Frost is probably most widely recognized for his experimental music drawing widely on influences of minimalism, post-punk, black metal and noise best demonstrated on the 2007 release Theory of Machines.

Frost's compositional catalog includes Music for Sad Children (2001, independently produced and released), the ambient guitar exploration Steel Wound (2003, and reissued in 2007, Room40), described by Pitchfork Media as "an exemplary ambient experience", and the widely critically acclaimed LP Theory of Machines on the Icelandic record label Bedroom Community, an album which earned Frost huge critical acclaim and it could be said, cemented his place as an artist on the global stage.

Ben Frost has performed and collaborated with acclaimed artists such as Amiina, American composer Nico Muhly, Tim Hecker and Bj&ouml;rk. He is the closest collaborator of Icelandic producer/engineer/composer Valgeir Sigur&eth;sson in Greenhouse Studios Reykjavik Iceland, often contributing programming work to Sigur?sson's productions. It is within Greenhouse that the majority of Frost's work is produced, often in collaboration of Sigur?sson. Frost is a member of the Icelandic music collective/record label Bedroom Community.

Frost is a member of Cicada, a contemporary arts collective that produces large scale audio visual installations and performances that focus on the intersection between biology and technology- a relationship perhaps best demonstrated in the Audio/Video installation piece MOB, an exploration of the human crowd, that utilized schooling fish and processed choral recordings. Frost is also a widely respected composer for both film and Contemporary Dance, having collaborated extensively with companies such as the Australian Based Chunky Move, the Icelandic Dance Company, and acclaimed Icelandic dancer/coreographer Erna ?marsdott?r. Frost earned a Helpmann Academy award nomination for the Chunky Move production Mortal Engine.

Frost is commonly mistaken for fellow Australian visual artist Ben Frost, as both are of similar age and have collaborated on projects together.

After a single original visit in 2002 culminating in collaborations with Valgeir Sigur?sson and a remix commission from Bj?rk, In early 2005 Frost relocated to and has since become a permanent resident of Reykjav?k, Iceland. Since 2005 he has collaborated with various local artists and musicians.

As a performer Frost has performed extensively throughout Europe, the US and Australia. His live performances are guitar oriented, utilizing real-time signal processing and several high powered guitar and bass amplifiers such as the Ampeg SVT and often contain moments of extreme volume with a particular emphasis on the sub-bass aspects of his work. In a live setting this makes for extremely physical performances that can verge on infrasonic.

Frost regularly performed live between 2002-2005 as School of Emotional Engineering - a live band formed to perform work from the Ben Frost album of the same name. S.E:E was composed of four to five performers, focusing less on the computer oriented compositions of his current work and more on a sound influenced by post-rock.

Between 2003-2004 Frost performed regularly as a member of the now defunct Sydney-based band The Husbands alongside fellow experimental artists Oren Ambarchi and Scott Horscroft. The Husbands was a 9-12 piece band comprised mostly of guitarists, largely inspired by the work of Glenn Branca and Rhys Chatham. The Husbands few, but notorious live performances culminated in a live collaboration with ex-Can vocalist Damo Suzuki. The Husbands, along with Horscroft's acclaimed 2003 LP 8 Guitars provided the main influence for Frost's 2007 piece Music For 6 Guitars which has been performed at a handful of mostly European festivals.

The music Ben Frost is about contrast; influenced as much by Classical Minimalism as by Punk Rock and Metal, Frost's throbbing guitar-based textures emerge from nothing and slowly coalesce into huge, forbidding forms that often eschew conventional structures in favor of the inevitable unfoldings of vast mechanical systems.

??The emotional power of Frost's music comes precisely from the stark contrast between extremely basic musical material and the deadly virtual instruments he invents to perform it? This is Arvo P?rt as arranged by Trent Reznor? ? Wire Magazine, 2007

On albums like Steel Wound, released on the Room40 label in 2003 (Pitchfork: ?An exemplary ambient experience?), Theory of Machines on Bedroom Community in 2007 (Boomkat: ?The Future of electronic music??) and 2009's BY THE THROAT (NME: ?a hollow, unforgiving, brutal yet utterly beautiful record, full of deep intricacies that won't let you go.?) Frost's music is more than a cerebral exercise and has an undeniable visceral presence, felt as much as heard. His compositions are created with an acute awareness of the listener and their comfort thresholds, exploiting every extreme of pitch and volume. His notorious, building-shaking performances at international festivals including Montreal's famed MUTEK combine amplified electronics with the furious thrashing of live guitars. Frost himself has been described as ?one of the most interesting and groundbreaking producers in the world today? (Boomkat). His music's intense physicality has filled gallery spaces and driven contemporary dance productions by Chunky Move, the Icelandic Dance Company, and the acclaimed choreographers Erna ?marsdott?r and Wayne McGregor.

"Defiantly new, and distinctively dramatic... a feeling of proximity to overwhelming power... all-encompassing and eerily real. (BY THE THROAT) is a sharp-edged Hi-Def encounter with the dangerously sublime." -Wire Magazine

"...As equally terrifying as it is breathtaking, as claustrophobic as it is expansive, and as squarely rooted in the 21st century as it is timeless. Minimalism for the post-apocalypse... The best album of 2009" -In Your Speakers

"Its a hollow, unforgiving, brutal yet utterly beautiful record full of deep intricacies that wont let you go. 'BY THE THROAT' indeed." -NME

"This is horrible. Horrible in its lesser-used sense in which it means 'utterly brilliant'." -Mapsadaisical

"BY THE THROAT is a break in the evolutionary ladder, a jump across links in the Darwinian chain, a re-mapping of sonic DNA. Frost has taken modern music off the respirator and sent it once again trekking into the wild unknown." -The Silent Ballet

"Music community, brace yourselves. Ben Frost is set to occupy 'best of' lists again... ominous and devastated... Frost at his most beautiful... It's shocking how fresh and unique this album is, a truly singular artist at the height of his craft." -WORD- Like a Scientist

"...in 2007 I described his music as ambient hardcore ? psychologically raw, punishing... That album left a lasting impression on me... I didn't think that 'Theory Of Machines' could be outdone, that is until I put on BY THE THROAT. Frost's onslaught is incredible. I stand applauding." -Headphone Commute

"This is no easy ride... you'll be exposed to music that's both viscerally hard on the ears and achingly beautiful... Formidable and far-reaching... (BY THE THROAT) might be one of 2009's most singularly impressive listening experiences and very likely the only record you'll hear this year whose repertoire consists of both luscious classical chamber compositions and the hunting calls of killer whales." ?Boomkat

"BY THE THROAT plunges into a dense, dark and threatening network of subterranean galleries... If 'Theory Of Machines' was the sound of engineering gone wrong, By The Throat is that of nature shutting down, bringing all life forms down in its fall." -The Milk Factory

"Ben Frost had influenced what BY THE THROAT 'looks' like to me before I'd even heard it, memorably telling the Krakow Post its visual palette is 'like the glow from a lava flow, or a burning church.' ...a stunning roiling compact of pained human breath, serrated slashes of random frequency and spurts of electronic noise flapping across the stereo channels." -Drowned In Sound

?This album is a far darker affair and makes the work of most avant garde musicians sound like Girls Aloud. Like the soundtrack to an imaginary horror film, By the Throat boasts a collage of noise that is discordant and utterly unsettling.? ?Irish Independent

?Reaches right out of the thought bubble and punches you out of your skin.? ?BBC, David Stubbs

"an obsessively compelling, captivating, and often frightening creative and original odyssey into a world both natural and synthetic... it attracts and repels so convincingly that one must listen to it over and again in order to uncover its many -- often terrible -- secrets." -All Music Guide

"...a sonic experience like few others ...It's fearless and its frightening and it demands to be heard shit-your-pants loud" -AU Magazine

"...it's compelling, mystifying, disturbing, and beautiful... When the record ends, you'll wonder where you are, how much time has passed, and whether you ever want to feel this way again." -The Agit Reader

"His music doesn't pulsate or tick - it flows and merges. It's the sound of clenching and unclenching, of tension and release... Sounds are fed, sustained and brought to slaughter... If nature is a playground to Sigur R?s, then to Ben Frost it's a battlefield." -Grapevine

"The real wonder of BY THE THROAT is its levels of frightening beguile... not for the faint of heart... it is not only my album of year, but my number one deep listening album of all time..." -The 405

"simply too emotionally confrontational and too aurally invasive to be an after thought... growling and howling from instruments and real wolves alike, Frost's work burrows deep, digging its claws into your psyche... a ferocious muscularity and a grizzly aura that feels too real to be labeled horror... just about as powerful a musical experience that one is likely to have... Make room in your top ten of 2009 and welcome the new king of compositional doom." -The Forest Gospel

Record producer Ben Frost born in Brazil and UK resident has been creating music since the age of 13. His early collaborations featured live sets that were crafted using guitar pro. He grew up in rural rutland and first wrote songs with Michael Andrews, a Mathematician, most works were never finished after his hard disk broke in 2006. The band, 'Belladonna' later split up as the members(Tom Longworth, Ed 'Rufio lost' hoare, Ben Jeffes and bassist, Andy Wilson went their seperate ways. Their most popular works included, 'Down by the lake', 'Dreaming For Insomnia' and 'Pass Away'. Ben still performs some of his earliest music at his acoustic performances, which have been held across the UK, including a set at Riverside Festival, Stamford.

After 'Belladonna's break up, Ben worked on a short side project, in his home studio. He works with a range of genres from acoustic, live performances to industrial rock and Dubstep. He works closely with James Whyman (Hot Flux) and produces his music using logic.