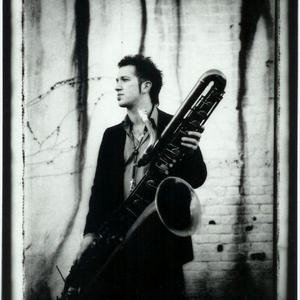 Colin Stetson was born and raised in Ann Arbor, MI and earned a degree in music from his hometown school, the University of Michigan, in 1997. Six years in San Francisco followed, then another four in Brooklyn, NY. Over this time, he developed his unique solo voice on saxophones and clarinets, culminating in the release of the album New History Warfare Vol. 1? on Agoo Records in 2008. Stetson now resides in Montreal, QC, and performs regularly on assorted saxohones, clarinets, cornet, french horn and flute.

Aside from his work as a soloist, Stetson has brought his talents to the stage and studio with dozens of artists over the past decade, including Tom Waits, Arcade Fire, TV on the Radio, Feist, Bon Iver, Laurie Anderson, Lou Reed, David Byrne, Jolie Holland, Sinead O'Connor, LCD Soundsystem, The National, Angelique Kidjo, and Anthony Braxton.

Colin is a regular member of the bands Sway Machinery and Bell Orchestre and will be a touring member of Bon Iver in support of their new record in 2011, on which he also appears.

All This I Do for Glory