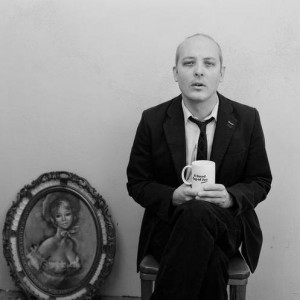 Brian McBride has been a member of Stars of the Lid since he met Adam Wiltzie in Austin Texas in 1990. McBride had a radio show on the local college station. As he described it to The Weekly Dig in fall 2002: "I used to record any sound that caught my ear. The sounds of in-need-of-repair ice cream dispensers in large cafeteria rooms would eventually be mixed with other found sounds on a four-track recorder for radio broadcast.

This use of sound as a raw material and source of information has been a continuing theme in McBride's musical endeavors. With Adam Wiltzie in Stars of the Lid, McBride has recorded a number of albums and toured North America and Europe since the mid-90s. Mcbride also contributed to two albums by the hushed pop band The Pilot Ships. As one half of Stars of the Lid, Brian McBride has contributed to the essential drift music of our time.

His debut solo album, When the Detail Lost its Freedom was recorded mainly on an ASR X keyboard sampler. The instruments recorded were guitar, piano, vocals, harmonica, trumpet and strings. There were no synthesizers or keyboards used in the creation of the album. There's a lot of sampling in the sense of capturing a tone, isolating its tuning, and playing it on the keys of a piano. The album was recorded somewhere in between Los Angeles and Chicago, always at home, in random moments of duress over the last four years. The final mix was arranged from December 2004 to January 2005.

In Their Footsteps of Faith

The History Of Yellowstone - Dudes And Sagebrushers

The History Of Yellowstone - The Discovery

When The Detail Lost Its Freedom