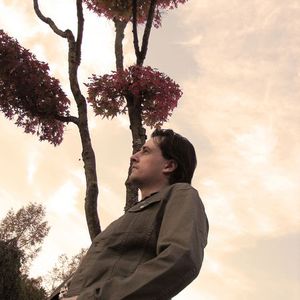 SpiRitual is the brand-new ethno metal project of Stefan Hertrich, sound track composer for PC games and vocalist/songwriter of various metal productions for more than 10 years. Supported by international guest musicians, the 29 year old artist hits the road again to explore distant cultures and alternative ways of thinking, as he did in 1999 (Betray My Secrets) and 2004 (Shiva in Exile, awarded with the American Just Plain Folks Music Award in the category "best new age/world album 2004").

In his role as a writer, Hertrich as usual sees the world critically, but instead of observing the outer grievances under social and political viewpoints, he dips directly into the listener to show him his worst enemy on his way to growth and self-realization: doubts and fears. The lyrics of "Pulse" don't focus on hopelessness but motivate the listener/reader to recognize and establish positive character attributes slumbering in every human soul: courage, inner strength, sensibility, respect.

In cooperation with the German author and scientist Dr. phil. Christian R?tsch and the Russian video team Deviant Creations, a multimedia section was created, including a video clip as well as text material of the author. Being a world-renowned anthropologist and ethnopharmacologist he spent three years of fieldwork among the Lacandone Indians in Chiapas, Mexico, being the only European fluent in their language. His numerous fieldworks also have included research in Thailand, Bali, the Seychelles, and a long-term study (18 years) on shamanism in Nepal combined with expeditions to Korea and the Peruvian and Columbian Amazon. Atmospheric flutes and percussion insets were arranged by the Columbian Shaman Kajuyali Tsamani. Also appearing: female vocals by Gaby Koss (former Haggard, Germany) and Yana Veva (Theodor Bastard, Russia), drums by Maurizio Guolo (Darkseed, Germany) and guitar solos by the German artists Christian Bystron (Megaherz), Rene Berthiaume (Equilibrium) and Markus Glanz (Koyaanisqatsy). "Pulse" was recorded in the German Helion Studios and Russian Pustota Studios.